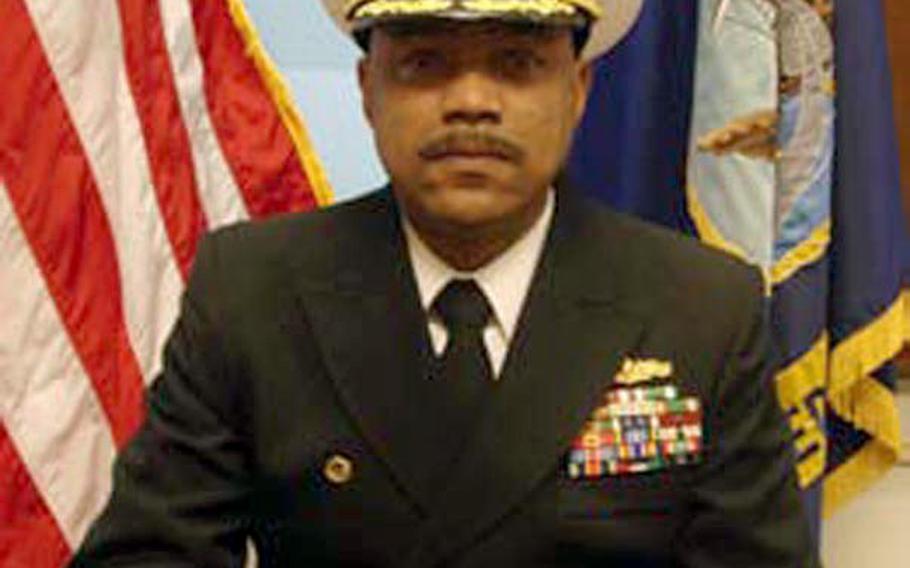 Cmdr. Laredo Bell was relieved of command of Naval Support Activity, Saratoga Springs, on Aug. 24 due to a loss of confidence after he was cited for driving under the influence by local authorities on Aug. 20. (Courtesy of the U.S. Navy)

NAPLES, Italy &mdash; The Navy relieved its 17th commander this week, the number of officers relieved in all of 2010.

Cmdr. Laredo Bell, who led Naval Support Activity Saratoga Springs, N.Y., was relieved Wednesday by Commander, Navy Region Mid-Atlantic due to a loss of confidence in his ability to command, according to a Navy statement.

In the early hours of Aug. 20, Bell was cited by the Albany County Sheriff&rsquo;s Department for driving under the influence, according to the Navy.

Bell has been temporarily assigned to Connecticut&rsquo;s Naval Submarine Base New London, pending adjudication of the citation in civilian court, according to the Navy.

Bell, a Birmingham, Ala., native, enlisted in the Navy in 1981, according to a Navy online biography.

He attained the rank of chief petty officer prior to earning his commission in 1992.

Before assuming command of NSA Saratoga Springs in December 2010, Bell was chief engineer onboard the amphibious assault ship USS Essex.

Bell is the third CO to be relieved of command for an alcohol-related incident this year.