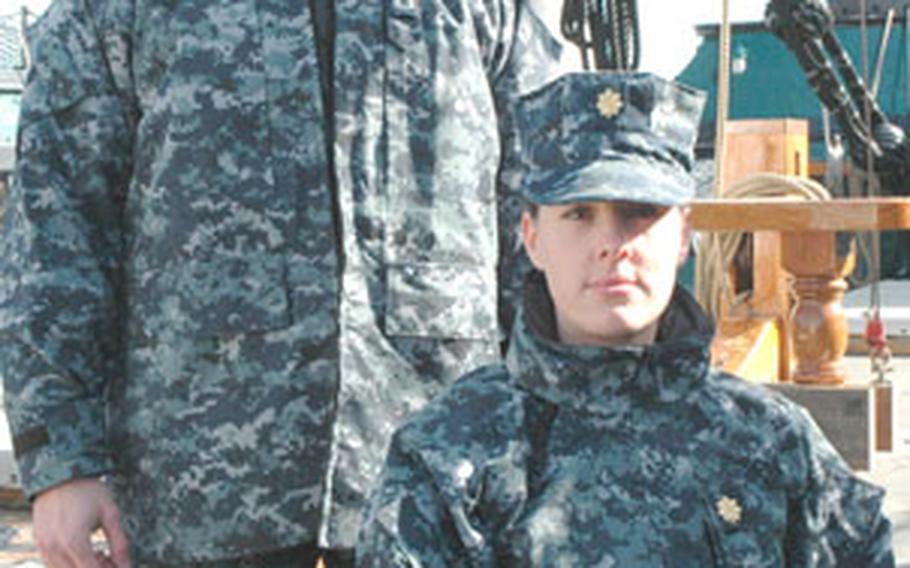 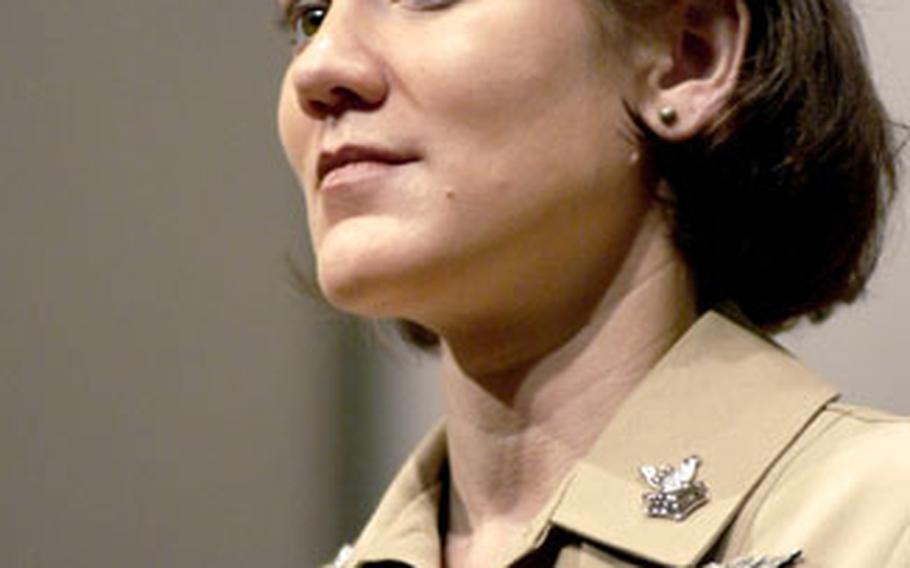 The Navy will begin issuing the new working uniform and a new service uniform in summer 2008, according to the Navy.

&#8220;To help enlisted sailors purchase the new uniforms during the phase-in period, annual clothing replacement allowances will increase in FY08 and FY09,&#8221; according to NAVADMIN (Navy Administrative Message) 351/06. &#8220;Drilling reservists (E-1 through E-9), will receive new uniforms through their Navy operational support command.&#8221;

The BDU-style working uniform is designed to replace the seven current different styles of working uniforms for sailors from ranks E-1 to 0-10, a Navy news release says.

It will include an eight-point hat, a blue cotton shirt and black leather boots, with suede no-shine boots available for sailors not on shipboard commands, the news release says.

Sailors aboard aircraft carriers will continue to be allowed to wear their rainbow jerseys but with the new camouflage pants and black boots, according to the Navy.

Meanwhile, the new service uniform will be for sailors E-6 and below and will be made up of a wash-and-wear short-sleeve khaki shirt or blouse, black pants or skirt and a unisex black hat, the news release says.

The uniforms will be issued from Navy Exchanges and Uniform Centers over 24 months after they arrive first at Recruit Training Command Great Lakes, the news release says.

&#8220;The new uniforms are a result of recommendations made based on interviews with Sailors, command site visits, comprehensive research, and data collected from two Navywide uniform surveys,&#8221; the news release says.

&#8220;The surveys collected feedback from more than 60,000 Sailors throughout the Fleet. Another key factor used was survey data received from Sailors who participated in a seven month wear test.&#8221;