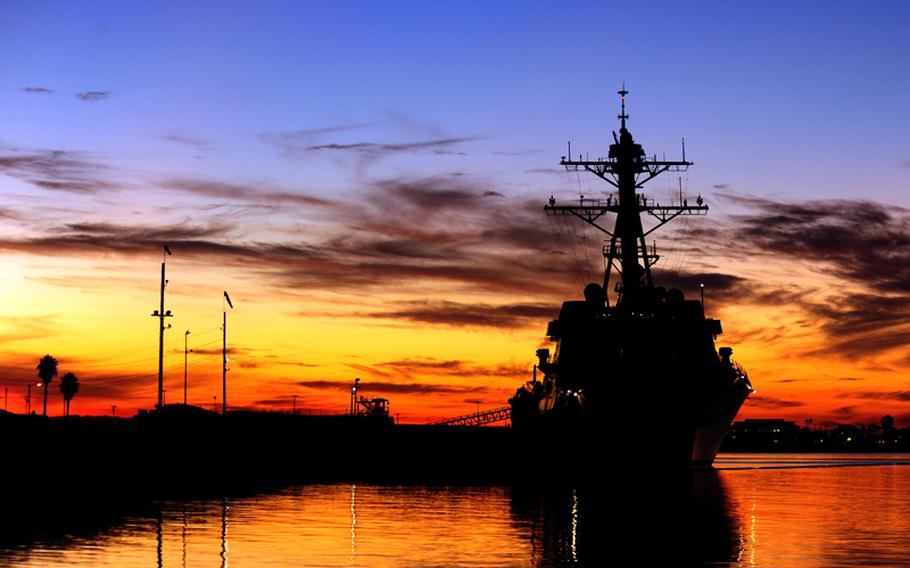 YOKOSUKA NAVAL BASE, Japan &mdash; The Navy destroyer program that will be counted on to defeat the world&rsquo;s increasingly sophisticated anti-ship missiles faces &ldquo;significant technical risks&rdquo; and may have insufficient oversight, according to a General Accountability Office study released this month.

The Flight III model of Arleigh Burke-class destroyers will require major upgrades to the destroyer&rsquo;s combat systems and changes to the existing hull design in order to carry a new air defense radar, the report concluded.

The finding comes on the heels of the Pentagon&rsquo;s renewed focus on the Asia Pacific region, where China&rsquo;s modernizing military has been working for years on a quasi-ballistic missile capable of hitting a moving carrier. If successful, the missile would be the first of its kind.

Although both Beijing and Washington have often reiterated that they are not adversaries, U.S military officials view China&rsquo;s pursuit of such missiles as a cornerstone of a strategy designed to deny U.S. Navy ship access to large swaths of the East China and South China Seas.

The Arleigh Burke-class destroyer&rsquo;s existing Aegis anti-missile capability is what saved it from being phased out in 2009, the GAO report stated. Instead, the Navy shelved plans for the Zumwalt-class destroyer &mdash; a ship designed more for coastal and anti-submarine warfare &mdash; after nearly a decade and almost $10 billion in development.

The Navy relied on a 2009 radar and hull study in choosing the Arleigh Burke class over the Zumwalt class, but that study &ldquo;does not fully evaluate the capabilities of different shipboard combat systems and ship options under consideration,&rdquo; the report stated.

&ldquo;Even if current testing goes as planned, the Navy has not planned for realistic operational testing necessary to ensure that the Aegis upgrades are capable of performing [Integrated Air and Missile Defense] against multiple ballistic and cruise missile targets.&rdquo;

The decision to use the Arleigh Burke shipframe could require up to about $80 billion for as many as 43 destroyers, with the ships providing air defense for up to 60 years, according to the report.

A Defense Department response to the report defended the choice of the Arleigh Burke destroyer over the Zumwalt-class ship. Navy officials declined a request for furhter comment.

The Navy used an analysis of alternatives and the 2009 radar and hull study to analyze &ldquo;a broad range of representative threat environments,&rdquo; according to the response. The service then determined that placing the new radar system on the Arleigh Burke-class ships was most cost-effective, the response stated.

The Defense Department also stated that it is currently developing an operational testing plan to evaluate the ship&rsquo;s missile defenses.