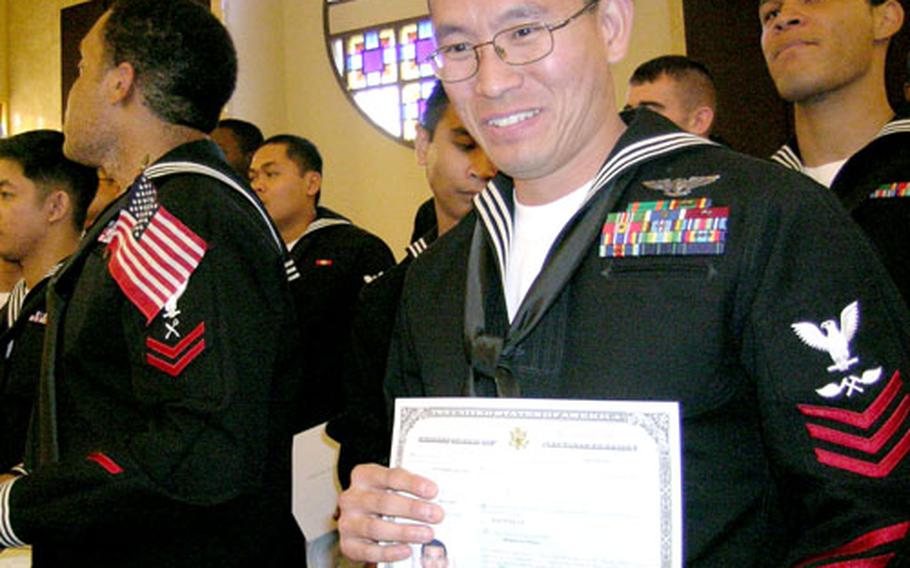 Masahiro Gibson of VRC-30 shows off his citizenship papers as one of 64 people serving in the U.S. Navy who became U.S. citizens Friday at Yokosuka Naval Base. Gibson is from Japan. (Allison Batdorff / S&S)

Masahiro Gibson of VRC-30 shows off his citizenship papers as one of 64 people serving in the U.S. Navy who became U.S. citizens Friday at Yokosuka Naval Base. Gibson is from Japan. (Allison Batdorff / S&S) 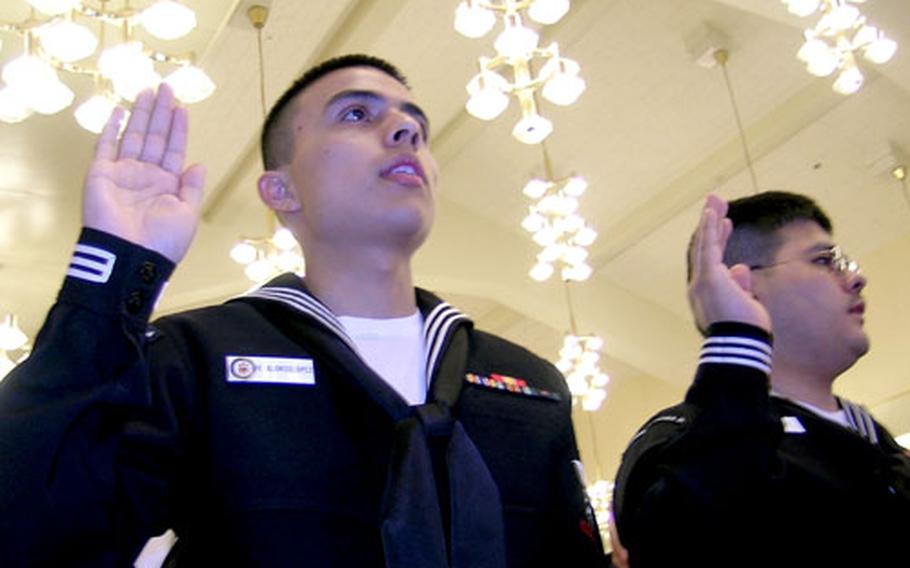 Ricardo Alonso Lopez of Mexico swears allegiance to the U.S. as a new citizen at Yokosuka Naval Base, Japan, on Friday. (Allison Batdorff / S&S) 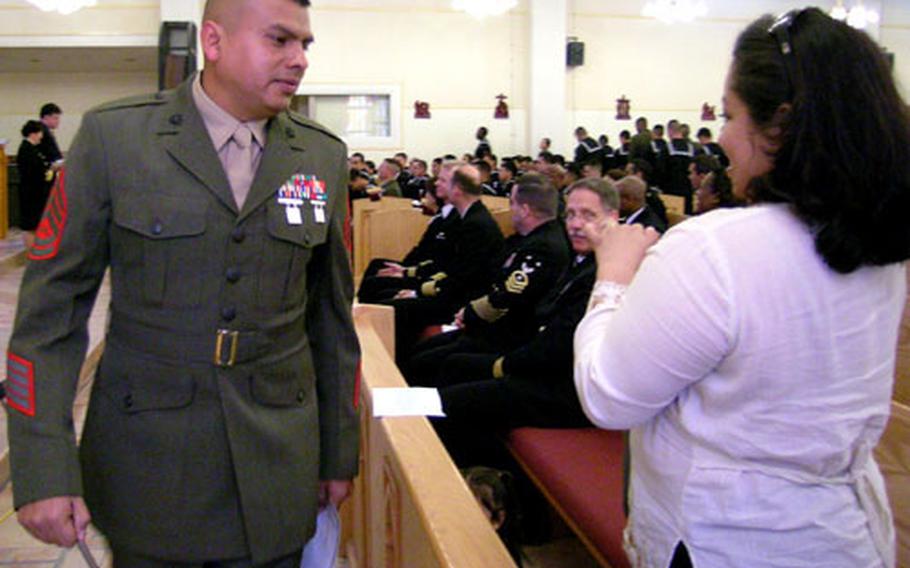 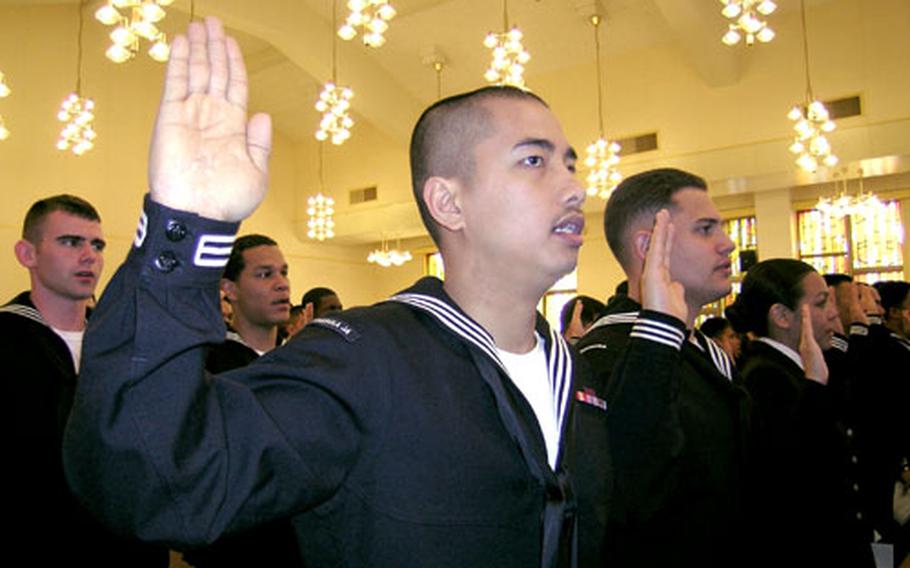 U.S. Navy sailor Arnel Calubaquib raises his hand along with 63 others to swear allegiance to the United States as a new citizen. (Allison Batdorff / S&S)

YOKOSUKA NAVAL BASE, Japan &#8212; So maybe Ann Rhie Kubera can&#8217;t be president of the United States, but she can be a commanding officer in the U.S. Navy.

&#8220;Where else could a short, female Asian do that but in the United States?&#8221; Kubera asked the hopefuls at a U.S. Citizenship and Immigration Services naturalization ceremony Friday. &#8220;And my son can be the president. And now, so can your sons and daughters.&#8221;

President Bush himself &#8212; albeit via a recorded message &#8212; affirmed that the 64 active-duty personnel, representing 22 countries and about 20 Pacific U.S. Navy commands, are &#8220;as fully American as the direct descendants of the Founding Fathers.&#8221;

They became U.S. citizens Friday, amid cheers from well-wishers at Yokosuka Naval Base&#8217;s Chapel of Hope. The annual ceremony included military from Yokosuka, Atsugi and Iwakuni.

Right now, immigrants make up 5 percent of enlisted active-duty Armed Forces and 20 percent of the Medal of Honor awardees, Kubera said. Green card holders can enlist for one term to eight years depending on the branch of service, and they can qualify for expedited citizenship.

Some of new citizens were from Cuba, Laos and Vietnam, which a few decades ago were considered &#8220;sworn enemies of the United States,&#8221; Kubera said.

&#8220;Almost everyone here comes from somewhere else,&#8221; Kubera said. &#8220;Whether your relatives were from Iran escaping persecution or came from Ireland during the potato famine.

It was a beautiful ceremony, said 17-year-old Sylvia Hernandez, who was there to cheer on her stepdad, Gunnery Sgt. Jose Luiz Prado.

&#8220;My dad loves being a Marine and I think this will give him even more pride in his job, as well as more opportunities,&#8221; Hernandez said.