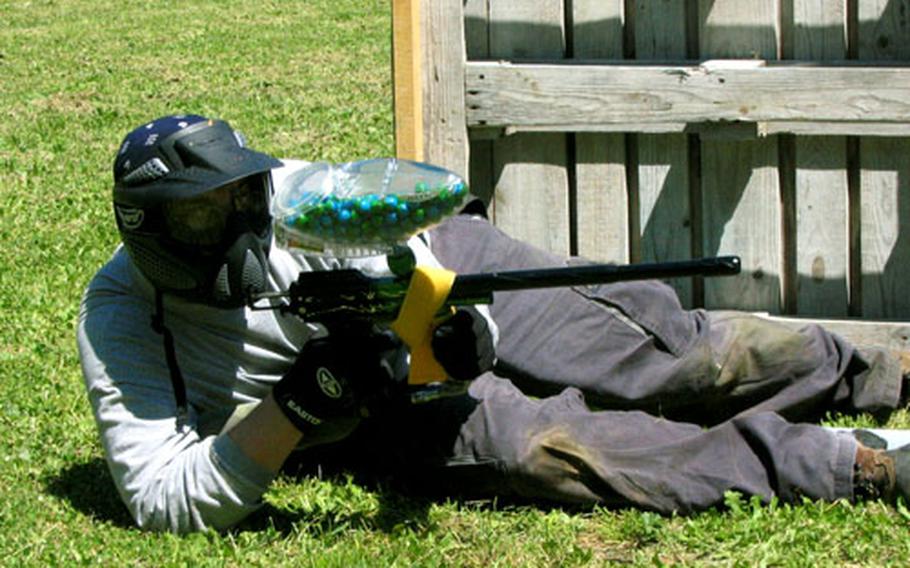 A paintball player goes to the ground during a recent match. (Raimondo Iovino / U.S. Navy recreation)

A paintball player goes to the ground during a recent match. (Raimondo Iovino / U.S. Navy recreation) 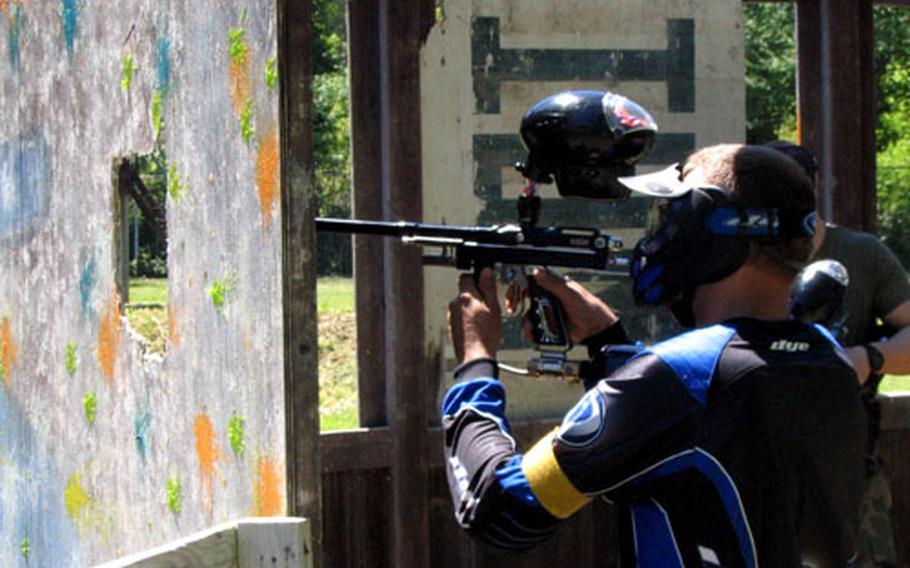 Navy recreation officials in Italy are hoping to get enough teams together to hold a region-wide paintball tournament. (Raimondo Iovino / U.S. Navy recreation)

NAPLES, Italy &#8212; Petty Officer 2nd Class Troy Swanson is getting ready for a war, of sorts.

It&#8217;ll be one fought in the crater of an extinct volcano near Naples, Italy, and one where those &#8220;splattered&#8221; dead, in the end, will walk away with some paint stains on their clothes.

The security sailor, stationed at Naval Air Station Sigonella, Italy, is gearing up for the much-anticipated, first-ever European Region Paintball Tournament slated for the first weekend of November.

Slated, but not yet guaranteed.

Only two teams have signed up. A minimum of six is required, and the registration deadline is a week away, said Raimondo Iovino, a recreations specialist with the Navy Outdoor Recreation Center in Naples and the tourney organizer.

The two committed teams hail from Sigonella, where interest in the increasingly popular sport has garnered sailors their own field on which to play.

Teams from Naples and Gaeta, Italy, and one from Souda Bay, Crete, have expressed a verbal interest in participating in the Nov. 5 and 6 tournament, but have not officially committed, Iovino said.

Ironically, a work commitment will preclude him from playing in the very tournament he&#8217;s credited with creating.

The tournament will take place at the Carney Park recreational facility, a park constructed in the crater of an extinct volcano near the Neapolitan suburb of Pozzuoli.

Teams are responsible for their own expenses in getting to Naples. Six of the 19 camping cottages and three-room cabins at Carney Park are reserved for competitors and offered for $25 and $20 a night, respectively, a 50 percent reduction in the normal fee.