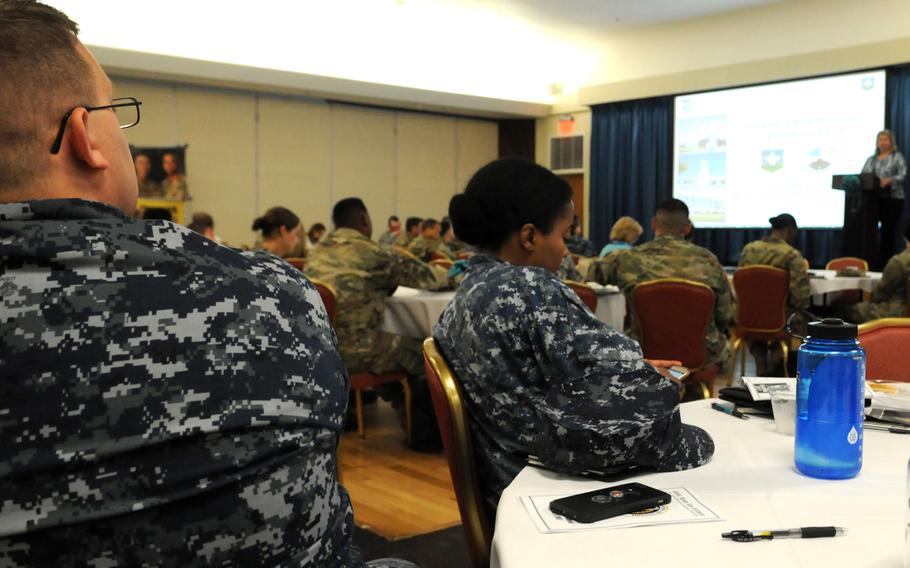 Sailors who are victims of sexual harassment, stalking or humiliations such as having lewd images posted publicly can request a special transfer away from those accused of the crimes, according to a recent change in Navy policy.

The previous policy generally allowed just sexual assault survivors to request what’s known as an expedited transfer that reassigned them temporarily to a different team or unit, or granted them an early permanent change of station.

Now the Navy has expanded the qualifying list for expedited transfers, according to an administrative memo issued Tuesday. These include stalking, other sexual misconduct and wrongful broadcast or distribution of intimate images, which typically means posting the images on social media without the person’s consent.

This expanded list goes beyond the practice of other services, whose expedited leave policies are still focused on sexual assault cases.

The transfers are intended to move victims who have filed formal complaints away from settings where they are experiencing ostracism, retaliation or intimidation, or where they are in close contact with the accused.

The revised policy coincides with a recent Defense Department report on the number of sexual assaults increasing across all services, but Navy officials insist those findings did not prompt the changes.

“While the policy expansion for expedited transfers ties into [the] Navy’s overall efforts ... these policy changes are not a direct response to recent sexual assault reports,” said Lt. j.g. Stuart Phillips, spokesman for the Navy’s chief of personnel. “These changes have been planned and staffed for some time.”

Some military leaders have expressed outrage at the rise in the numbers of sexual assaults and said the services must do more to tackle it.

“This increase is absolutely unacceptable,” said Rear Adm. Ann Burkhardt, director of the Sexual Assault Prevention and Response Office, when the report was released.

The policy changes will offer victims and their commanding officers better guidance on these transfers, Phillips said. The Navy is clarifying procedures, revising forms that applicants fill out and giving commanders a comprehensive checklist to help them assess the requests, he said.

Sailors can request safety transfers if they feel they or their families are in danger after witnessing or suffering a violent crime or being threatened.

Other services have their own versions of expedited transfers that follow similar procedures as the Navy’s in sexual assault cases, such as a victim having to file a formal complaint that opens an investigation, and the unit commander deciding on whether to grant the transfer.