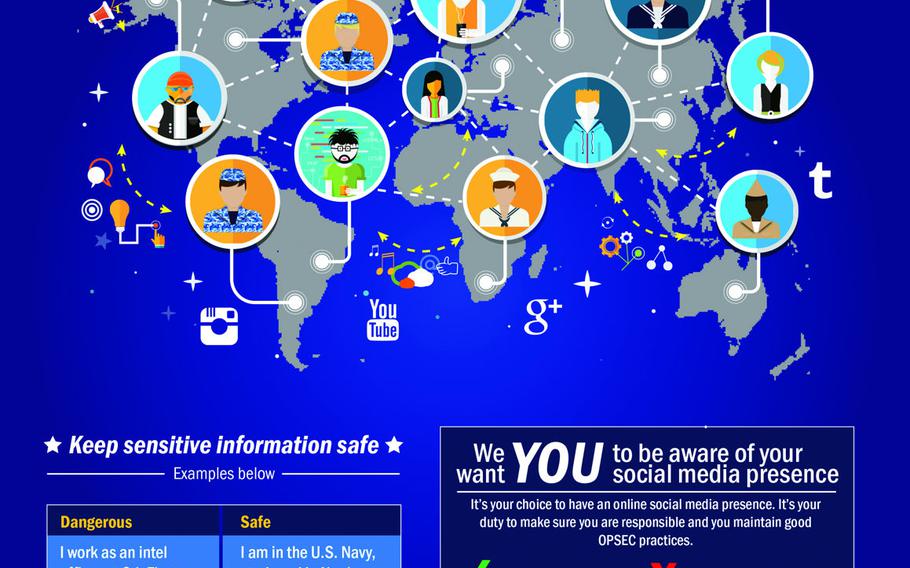 NAPLES, Italy — There are no imminent threats to Navy personnel and their family members after 36 sailors were identified on an Islamic State list posted online last week, a service official wrote online Thursday.

In a message posted to the Navy’s home page, Navy staff director Vice Adm. S.H. Swift said the service would notify troops if the situation changed. He said current rules on releasing information about operations would remain the same.

“Ongoing intelligence and law enforcement assessments continue to reinforce that sharing information smartly and with due caution remains safe — this includes dealings with vetted U.S. and international media,” Swift wrote.

A group claiming affiliation with the Islamic State group posted the names and personal information of 100 troops it claimed were involved in operations against the militant organization in Iraq and Syria. The group claimed it had hacked defense networks to retrieve the information; Pentagon officials said the group had merely combed open sources, including news articles, social media sites and online public records databases.

Service officials said earlier this week they were working with the FBI to weigh the seriousness of the threats and to consider safety measures. Agents with the Naval Criminal Investigative Service were meeting with the sailors and Marines named in the list, a Navy spokeswoman said Monday.

Defense officials and NCIS agents “ have not found evidence of operational planning or an imminent threat,” Swift wrote in the Thursday message.

While some servicemembers and veterans posting online have responded defiantly to the threat, others have suggested the military reconsider the information it shares about operations and the troops involved in them.

One person quoted anonymously in a Virginian-Pilot article on Wednesday said she and other spouses of sailors who lived in the Norfolk area and were named on the list believed the service’s public affairs arm had been lax in its releases.

The Navy air campaign against the Islamic State group is one of the more visible parts of U.S. military efforts in the region. The Navy has invited media aboard carriers in the Persian Gulf, the USS George H.W. Bush and its successor, the USS Carl Vinson, to observe the strikes.

The Air Force, which is also conducting airstrikes from Middle East bases, has said 58 of its personnel were named on the list. Military advisers with all services are also working with Iraqi security forces, although media have had little access to those efforts.

The military has frequently cautioned servicemembers against sharing too much information on social media sites, such as Facebook, and keeping personal accounts publicly accessible.

The Islamic State group and its supporters have shown themselves especially savvy in using the Internet to threaten troops and their families directly. A group calling itself Cyber Caliphate hacked U.S. Central Command’s Twitter account in January, and it sent threatening messages to several prominent military spouses in February.