Navy: No decision on hospital downsizing in Italy 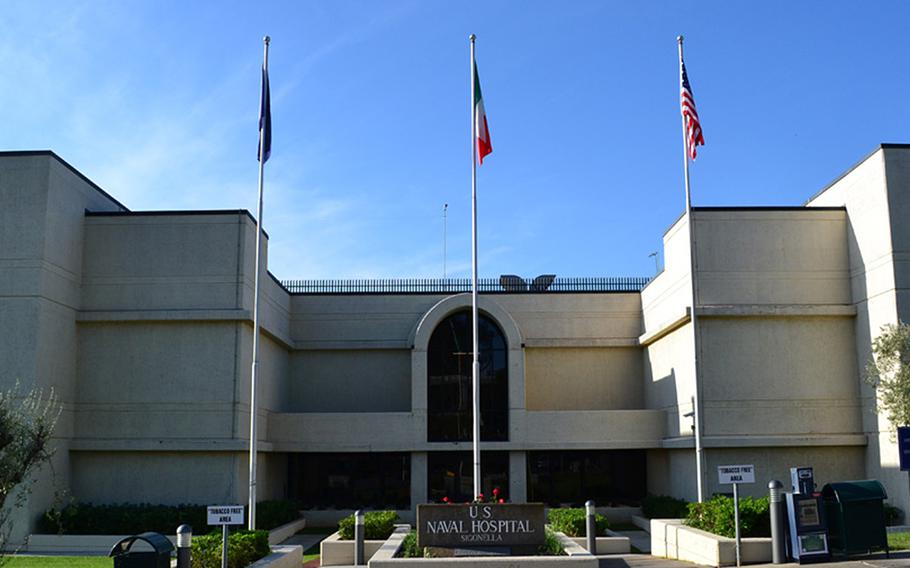 The military will downsize its hospitals in Naples, Sigonella, shown here, and Aviano, turning them into outpatient clinics by fiscal 2019 under a recent Pentagon decision. The Navy surgeon general says no decision has been made about how to downsize base hospitals in Naples and Sicily. (U.S. Navy)

NAPLES, Italy — The Navy surgeon general says no decision has been made about how to downsize base hospitals in Naples and Sicily.

Vice Adm. Forrest Faison, who heads the service’s Bureau of Medicine and Surgery, toured both facilities and nearby local hospitals in April, after the Defense Department issued a memo requiring the service to turn them into outpatient clinics over the next three years. Faison said he’d hand over his findings to more senior military leaders.

“This discussion is still very much ongoing right now,” Faison said in an interview last month.

Work’s memo followed a Defense Department review of medical facilities worldwide, including five small hospitals in Europe, which recommended maintaining the five facilities at current levels. Work’s memo offered no rationale for the decision to convert them to outpatient clinics.

The other two hospitals, at the Air Force base in Lakenheath, England, and the Navy base in Rota, Spain, weren’t named in the memo.

“I’m not privy to the reasons behind this … they have not really shared that,” Faison said of Work’s office.

Although the Work memo didn’t identify specific services to cut, labor and delivery represent a significant part of inpatient services at each hospital and are a focus of the military study.

Among the hospitals in the defense study, the five European facilities had the highest costs per unit of care and some of the lowest rates of hospital use.

Yet the study concluded the hospitals were needed to meet service requirements and provide “U.S.-style care” in regions where medical practices differ from the U.S.

Faison, who assumed command in December, said he wanted to make his own judgments about the needs of both Navy bases and the quality of nearby hospitals.

He began at the U.S. Army base in Vicenza, Italy, which closed its maternity center two years ago and now refers all births off base. Faison spoke with patients, Italian hospital staff and base leaders in Vicenza before making similar tours in Sigonella and Naples. He said he was interested in the quality of off-base care and how families felt about it.

“What I’m trying to understand is where are those differences changing the experience of care, and what does that mean for our families?” he said.

Area hospitals already handle complicated births for the three base hospitals, as well as most emergency and intensive care services. Issues like privacy and pain management vary among European countries, and the Italian hospitals have tried accommodating Americans by offering individual rooms and providing English-speaking caretakers. Navy hospitals also provide patient liaisons for families seeking care off base. Aviano Air Base offers patient liaisons at the hospital in nearby Pordenone.

The Sigonella hospital serves more than 2,800 beneficiaries with 286 full-time equivalent staff. Last year it saw 40,000 outpatients and had 290 admissions.