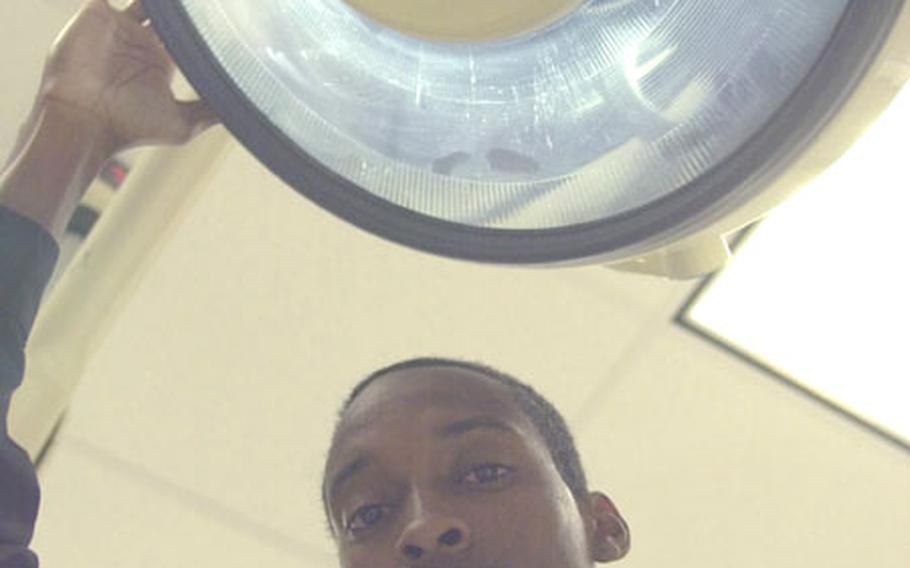 Navy mortician Petty Officer 3rd Class Clemonte Mills, 26, of Kinston, N.C., stands inside a preparation room at a morgue at Naval Station Rota in Spain. Mills left his family&#39;s funeral home business after the Sept. 11, 2001, terror attacks to become one of only 11 enlisted morticians in the military. (Scott Schonauer / S&S)

Navy mortician Petty Officer 3rd Class Clemonte Mills, 26, of Kinston, N.C., stands inside a preparation room at a morgue at Naval Station Rota in Spain. Mills left his family&#39;s funeral home business after the Sept. 11, 2001, terror attacks to become one of only 11 enlisted morticians in the military. (Scott Schonauer / S&S) 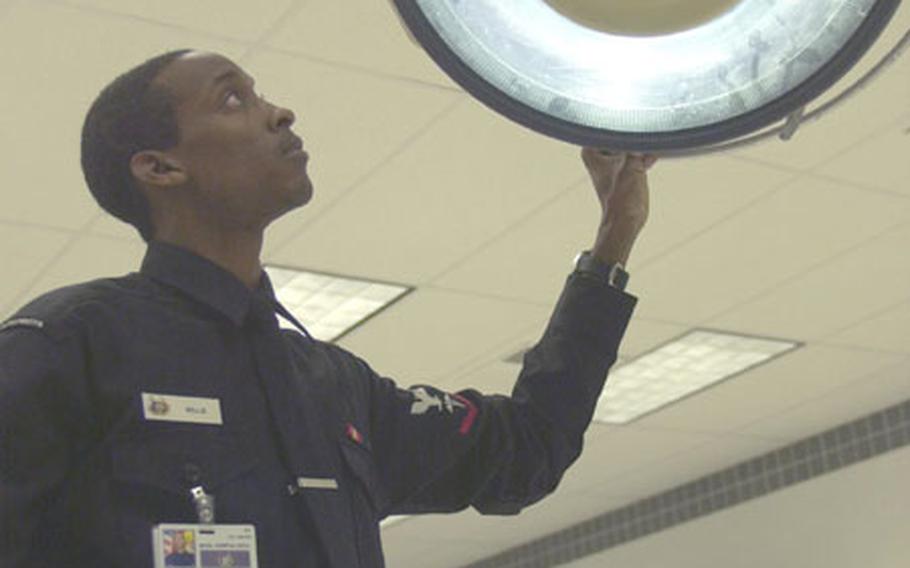 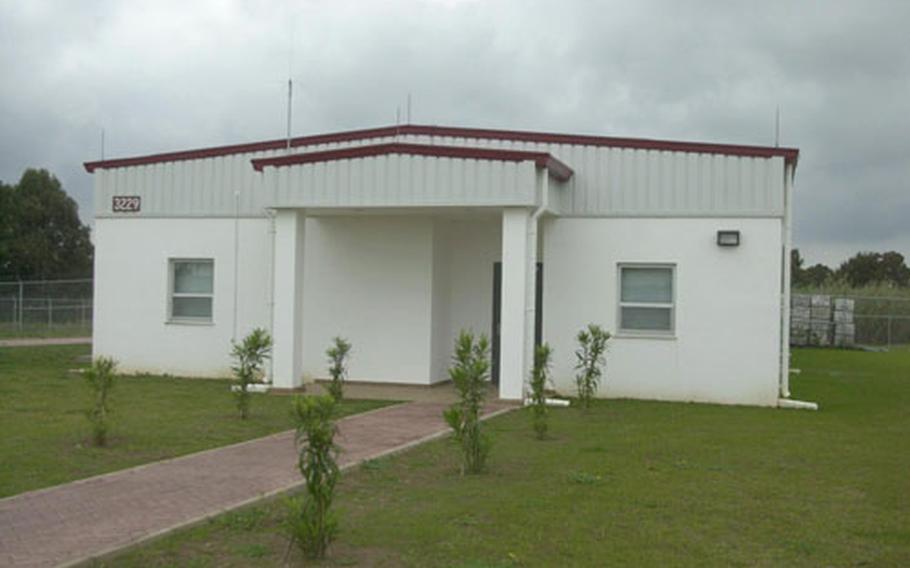 A photo from the outside of the morgue at Naval Station Rota, Spain. The new morgue opened in June and holds an average of 12 people annually. (Scott Schonauer / S&S)

As one of only 11 morticians in the Navy, Mills prepares the dead for burial or transportation back to the United States from Spain.

Mortuary work is often a thankless job many people take for granted, but he considers it vital to the grieving process for families who have lost loved ones.

During the war in Iraq last year, Mills helped embalm casualties at Landstuhl Regional Medical Center in Germany. Dozens of fallen troops who came through the military&#8217;s largest hospital in Europe had died violent deaths. Making them look presentable was not easy. He spent four days doing reconstructive surgery to a soldier killed by a rocket-propelled grenade just so the family could have an open casket funeral.

The Navy is the only service that has enlisted morticians. The other services employ civilians to do the job.

Morticians jobs are among the toughest rates for the Navy to fill because few funeral home directors want to leave their prosperous businesses for less money as an enlisted sailor.

Mills said working as a mortician in the military gave him a chance to do something different with what he knew.

He grew up working at his parents&#8217; funeral home in eastern North Carolina, passing out flowers to grieving families before he was a teenager. He saw his first body cremated at age 10. His mother used to do the makeup.

Both he and his 34-year-old brother followed in their father&#8217;s footsteps and graduated from mortuary college.

Mills left his family&#8217;s funeral home business to join the Navy after recruiters knocked on his door shortly after the Sept. 11, 2001, terror attacks. At first, he had no interest in joining the military. He was single and making about $35,000 a year. But his father, who served in the Army, told him to consider the Navy.

He joined in June 2002 and arrived in Rota after completing boot camp and hospital corpsmen training.

Mills works from a small morgue built near the Rota base&#8217;s runway about a block from the commissary. He embalms about a dozen bodies a year. Many of them die from natural causes or in accidents.

During the war, he worked in Germany, helping Army civilian morticians prepare fallen troops for burial.

The first day, he said, was emotionally draining. Many of the soldiers were 18 or 19 years old. When they would come in, he said they would be dressed in their combat uniforms just as they were when they died.

He would often find pictures of the soldiers&#8217; wives and children in some pockets. A few soldiers carried Scriptures.

A 21-year-old soldier killed by a rocket-propelled grenade came in without an arm and part of his face was gone. Mills had never done any major reconstructive work before, but he went straight to work, determined to give the soldier&#8217;s wife an open casket.

&#8220;I always tell my Dad, &#8216;I wish people could come and see how much work we put in from the time we get them there, doing their hair, makeup and dressing them until they&#8217;re in that casket with the lights on and everything. How much work and time we put in, I wish everybody could see that.

New base morque at Rota

NAVAL STATION ROTA, Spain &#8212; A long walkway lined by newly planted trees leads to the front door of Building 3229, but there is no sign that gives any hint as to what it is.

The small building is within earshot of the runway only a block away from the base commissary and is easy to get to but hardly noticed.

While it might be one of the newest buildings on base, few people know what it is.

The building, which opened last June, will receive 12 to 15 bodies a year &#8212; most of them Americans who died while on tour in Spain or elsewhere in Europe. During a war, the morgue could serve as a temporary holding facility for casualties being transported to the United States.

Navy Petty Officer 3rd Class Clemonte Mills, who is one of only 11 morticians in the Navy, is the building&#8217;s caretaker and has an office inside.

The building includes a conference area, a room that could be used for viewing, a preparation area and a storage facility that can fit 11 bodies.

The new building replaced an older, outdated structure that stood in the way of a project to extend the ramp at Naval Station Rota.