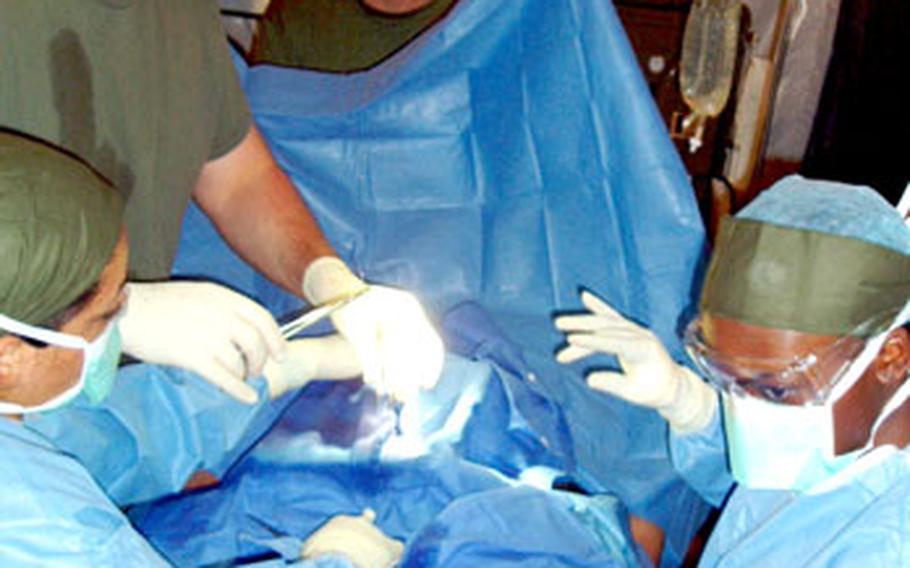 Through all the exercises, Marines and sailors from the Shock Trauma Platoon and Forward Resuscitative Surgical Suite were ready for the worst, even during their own casualty scenario training.

During large operations, like the recent peninsulawide exercise, there are so many moving pieces that crushing injuries are common, said Navy Cmdr. Kevin O&#8217;Malley. &#8220;We feel very lucky that nobody did get [seriously] injured,&#8221; said O&#8217;Malley, an emergency room doctor at U.S. Naval Hospital Okinawa.

Servicemembers, however, reported suffering nothing worse than cuts and sprains since the medical unit arrived about three weeks ago.

The doctor was among the 26 sailors and Marines heading up the Rodriguez Range field medical facilities. They also were part of Combat Logistics Company 35, a hodgepodge unit of about 140 sailors and Marines from medical, maintenance, materiel and engineering units.

The medical unit packed up its equipment Thursday, while others in the company began preparing to move gear by rail to a ship in Mokpo, more than 200 miles southwest of the range.

When they arrived about three weeks ago, the company off-loaded more than 170 pieces of gear, which includes tanks and heavy trucks, said Marine Chief Warrant Officer Matt Frazier. Travelling by freight rail from Mokpo took about 10 hours, he said, adding that the company supported the Combat Assault Battalion, 12th Marines, 4th Tank Battalion, Battalion Landing Team 25 and others.