Navy may have detected signals from Marine tanker, jet after midair collision off Japan 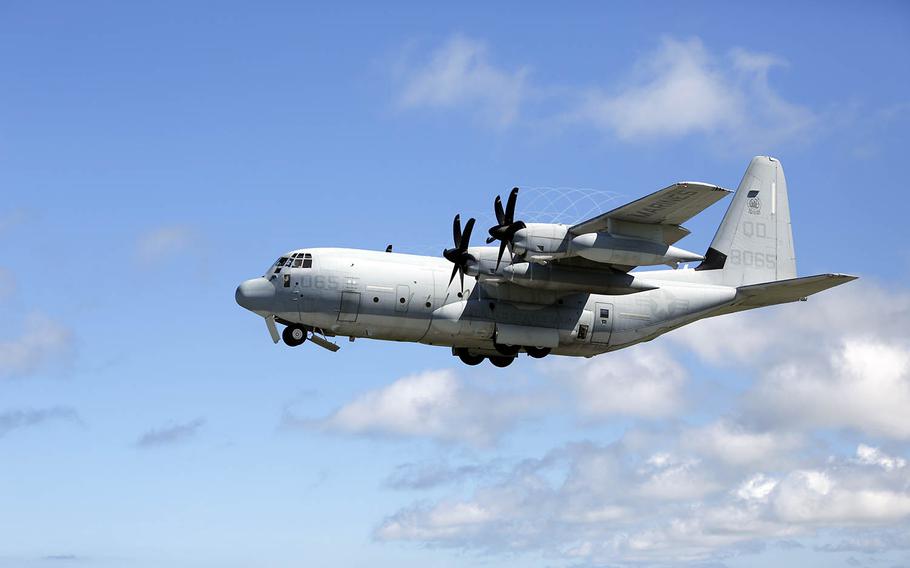 YOKOTA AIR BASE, Japan — The Navy appears to have detected “pingers” from a KC-130J tanker and F/A-18D Hornet involved in a deadly midair collision last month off Japan’s southern coast, according to III Marine Expeditionary Force.

The aircraft out of Marine Corps Air Station Iwakuni crashed into the Philippine Sea on Dec. 6 during nighttime training about 200 miles south of Muroto Cape on Shikoku Island.

Five crew members from the tanker and the pilot of the jet were killed. The Hornet’s weapons officer, who has not been identified, was the sole survivor.

A search by U.S. and Japanese forces for the lost aviators that spanned 35,000 square nautical miles was called off Dec. 11.

However, the Okinawa-based III MEF said in a statement Monday that signals detected in late December are thought to mark the location of the aircraft.

“A team of deep water salvage experts led by United States Navy’s Supervisor of Salvage and Diving … deployed from Yokosuka and arrived on scene Dec 18,” the statement said. “There, the highly skilled operators searched for the aircrafts’ emergency relocation pingers with a U.S. Navy-owned towed pinger locator (TPL-25) system.”

Signals were detected Dec. 19 and by Dec. 21 the team was able to confirm three distinct pingers at a depth of approximately 9,843 feet, III MEF said in the statement.

Two of the pingers are thought to mark the location of the KC-130 and the third is associated with the F/A-18, the statement said.