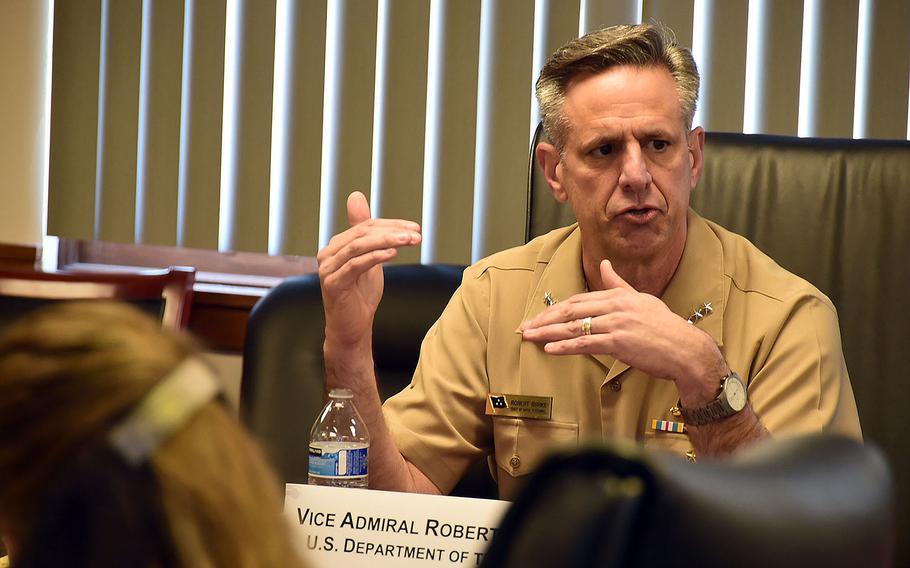 WASHINGTON — Sailors found guilty of sharing sexually explicit images online without the subject’s consent will face mandatory separation from the service, the Navy announced Tuesday in an administrative message.

“There is no room in our Navy for this toxic behavior,” Vice Adm. Robert Burke, the chief of naval personnel, said in a prepared statement. “This new policy shows that we are committed to eradicating this behavior from our force.”

The Navy’s decision to remove any sailors caught sharing such images follows a similar decision by the Marine Corps, which announced May 9 that Marines found to have engaged in improper nude photo sharing would face mandatory separation proceedings.

U.S. Navy Regulations, updated last month, define nonconsensual distribution or broadcasting of an image as sharing an image “without legal justification or excuse [when the sharer] knows or reasonably should know that the depicted person did not consent to the disclosure, and the intimate image is distributed or broadcast with the intent to realize personal gain … [or] to humiliate, harm, harass, intimidate, threaten, or coerce the depicted person; or … with reckless disregard as to whether the depicted person would be humiliated, harmed, intimidated, threatened, or coerced.”

In February, the Naval Criminal Investigative Service launched a probe into reports of a Marine-centric Facebook group that shared nude photos of active-duty and veteran female Marines. Marine Corps officials said in addition to the explicit photos, members of the Marines United Facebook group – a private page primarily for active Marines, Marine veterans and Navy hospital corpsmen – made harassing comments about women in the photographs including threats of rape.

In the months since the Marines United scandal was uncovered, the NCIS has expanded its investigation to more than 100 websites.

NCIS has since opened more than 20 felony-level cases, including against nine active-duty Marines, two Marine reservists, three sailors, one Navy reservist and one civilian. More than 30 other cases have been forwarded to military commanders for potential administrative action, according to the Naval law enforcement agency.