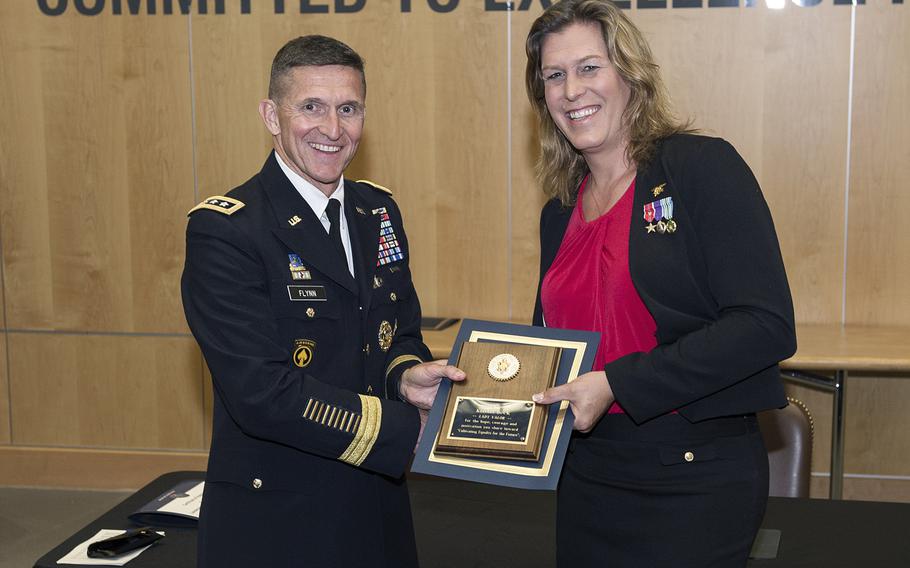 The Navy may soon join the Air Force and the Army in requiring high-level approval to separate transgender servicemembers from service, military officials said Tuesday.

“As previously stated, the Navy is looking to elevate the administrative separation authority for transgendered personnel to ensure that this important issue receives the right level of review,” Navy spokesman Lt. Cmdr. Ed Early said in a statement Tuesday. “Any proposed changes would not affect the level of discharge authority for other instances of administrative separation.”

There is no timeline for a decision, Early added.

If the Navy takes such a step, it would leave the Marine Corps as the only service to not change its policy.

“The Marine Corps is not currently reviewing changes to the decision-making authorities for the involuntary separation of any of our Marines,” according to a statement in response to a Stars and Stripes query.

The military formerly mandated administrative separation for servicemembers known to be transgender, until changes to Pentagon personnel regulations in 2014 granted the services leeway.

In March, the Army announced that transgender separations must now be approved by the Assistant Secretary of the Army for Manpower and Reserve Affairs, as opposed to unit commanders.

Army regulations still allow separation of transgender soldiers if it is found that they have physical or mental conditions “that potentially interfere with assignment to or performance of military duty.”

The Air Force Review Boards Agency was announced as the new reviewing authority for airmen on June 4.

“Neither gender dysphoria nor self-identification as transgender is an automatic circumstance that generates involuntary separation,” according to the Air Force statement. “A recommendation for discharge because of gender dysphoria must be supported by a report of evaluation by a psychiatrist or Ph.D.-level clinical psychologist.”

After a medical recommendation is made, a commander must also then determine that the condition interferes with duty requirements, according to the Air Force statement.