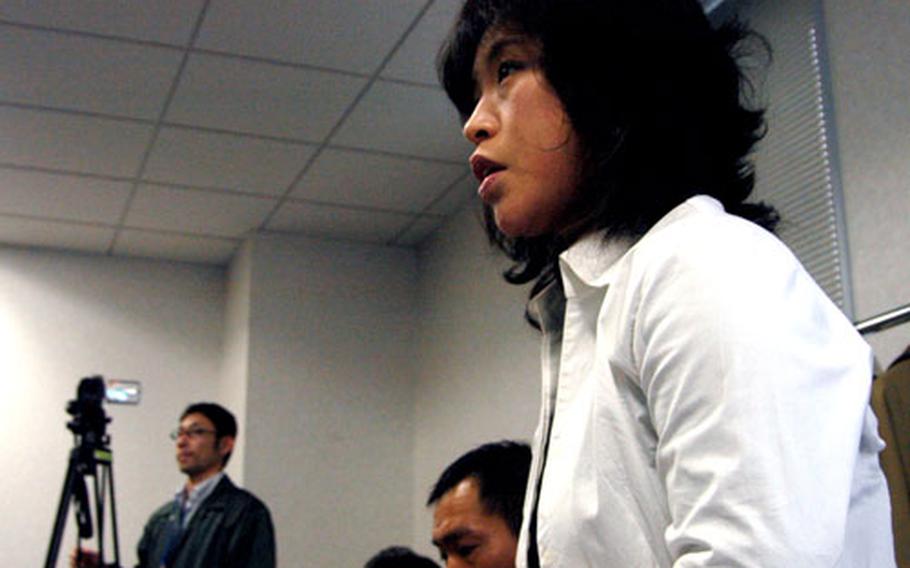 YOKOSUKA NAVAL BASE, Japan &#8212; Tatami instead of carpet, fish-sized ovens, optional heating: Many Japanese apartments differ from American ones in many ways.

But with the right coaxing, Yokosuka landlords can provide Navy sailors with digs much like the ones they rented in the States, Navy officials said Tuesday.

The Navy needs about 500 new off-base rentals in Yokosuka for single sailors and will pay for more Americanized apartments, officials told some 80 housing agents and landlords Tuesday.

&#8220;This is a win-win-win,&#8221; said Capt. Thomas E. Arnold, Commander, U.S. Naval Forces Japan deputy and chief of staff. &#8220;The single sailors win with quality housing,&#8221; he said; agents and landlords &#8220;win with a good investment opportunity and the community wins when the sailors integrate and make friends with their Japanese neighbors.&#8221;

The base has limited building room, Arnold said, adding that paperwork-choked government building can be very slow.

RPP is part of a Department of Defense push to cut its involvement in the housing business, said Joseph Calcara of the Naval Facilities Engineering Command. &#8220;We are relying on the private sector more.&#8221;

RPP is new to neither Yokosuka nor the Navy. Three RPP agreements for 67 units were used near Sasebo Naval Base; RPP is used in Norfolk, Va., and San Diego. Navy officials asked Yokosuka property owners for three- and four-bedroom family housing two years ago and now have 116 new units under the program.

But Tuesday, RPP was expanded to one- and two-bedroom spots.

RPP may have tougher standards but also more profit potential for owners, he said. &#8220;With the current system, sailors who room together only get half of their housing allowance. In RPP, each sailor gets the full amount so the landlord could collect double.&#8221;

Hitoshi Sudo, who said a U.S. sailor &#8220;trashed&#8221; his apartment 30 years ago, praised the Navy&#8217;s promise of added support for landlords and said he&#8217;s considering renting a few houses and possibly building an apartment complex for the program.