Navy job cuts, lack of retirements put the brakes on promotion for enlisted 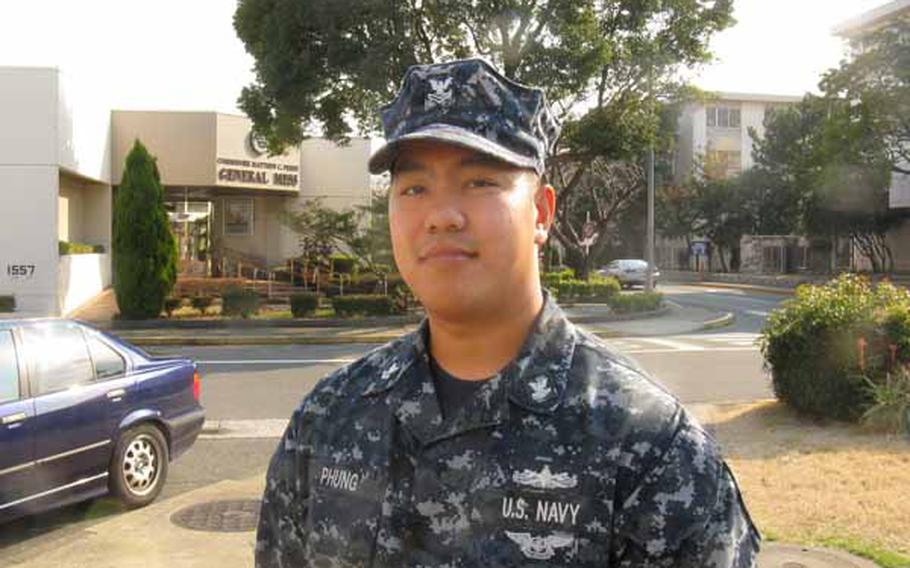 Petty Officer 2nd Class Vu Phung says he hopes his overseas assignment at Yokosuka Naval Base will help his promotion chances. He has an uphill climb -- a combination of overmanning and a precipitous drop in retirements and separations meant that less than 2 percent of sailors in his career field were promoted last fall. (Erik Slavin/Stars and Stripes)

Petty Officer 2nd Class Vu Phung says he hopes his overseas assignment at Yokosuka Naval Base will help his promotion chances. He has an uphill climb -- a combination of overmanning and a precipitous drop in retirements and separations meant that less than 2 percent of sailors in his career field were promoted last fall. (Erik Slavin/Stars and Stripes) 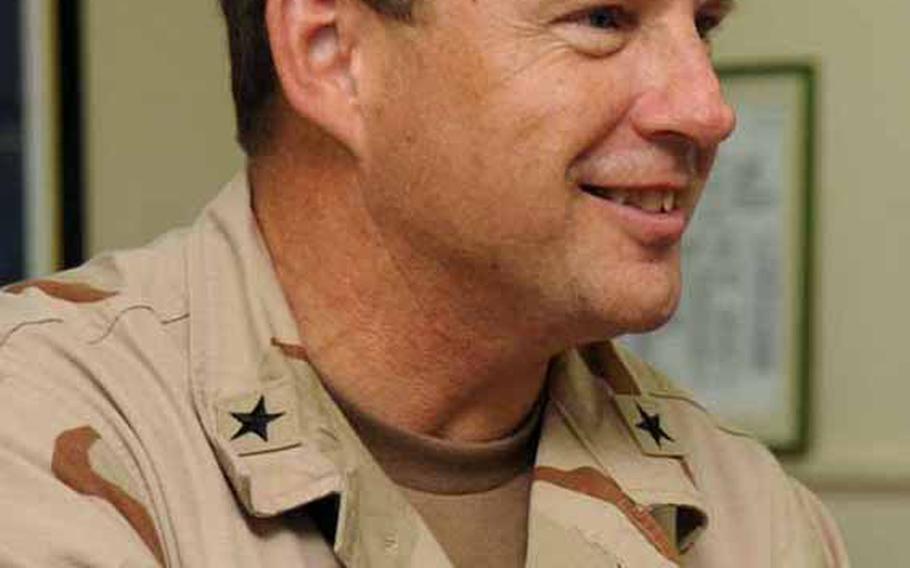 YOKOSUKA NAVAL BASE, Japan &mdash; Petty Officer 2nd Class Vu Phung scored among the top 2 percent of sailors in his rank on his advancement test, yet those results weren&rsquo;t good enough to get him promoted.

Out of 1,307 sailors in his operations specialist job who took the test last fall, only 22 were promoted to E-6.

Phung and other junior sailors are having a hard time moving up in the ranks because the Navy has cut 11 percent of its enlisted jobs in the last six years.

Navy retention rates are also near all-time highs, with chief petty officers and the commissioned officers composing the Navy&rsquo;s leadership in no rush to test the dismal civilian job market. Active-duty retirements and separations were down 26.5 percent from 2007 to 2010, according to data requested by Stars and Stripes from the Navy.

Last week, the Navy did what the retirement and separation data suggested was inevitable &mdash; it announced the creation of a quota-based retention board that will cut 3,000 jobs for sailors in grades E-4 through E-8 who have seven to 15 years of experience, in 31 overmanned job ratings.

Navy leaders see the labor statistics in a more favorable light than junior sailors striving for hard-to-get promotions. In their eyes, the Navy has never been more experienced and competitive.

&ldquo;There is no doubt that we have very, very low attrition and historic retention tied generally to the unemployment rate, and so it&rsquo;s not that it&rsquo;s a problem,&rdquo; said Rear Adm. Anthony Kurta, the Navy&rsquo;s director of personnel plans and policy, in a March phone interview with Stars and Stripes. &ldquo;It leads us to a point where we have the highest quality force we have ever had.&rdquo;

The recently announced cuts come on top of another initiative that prunes sailors from the ranks at re-enlistment time.

The Perform-to-Serve program, which expanded in 2009, requires sailors in ranks E-3 to E-6 with 14 years or less of service to justify why they should be allowed to re-enlist in the Navy and continue their current job.

The program also encourages sailors in overmanned jobs to retrain for other specialties, officials said.

On Wednesday, Secretary of the Navy Ray Mabus told sailors at Yokosuka Naval Base that the service has relied too much on Perform-to-Serve and the moment of re-enlistment to shape its force. The enlisted retention board is designed to remedy that, Mabus said.

Ranks E-7 and above are exempt from Perform-to-Serve, although the Navy has cut about 4 percent of chiefs with 20 years or more of service for poor performance during the past two years.

Nevertheless, once sailors make it to chief, they enjoy far more job security. Although some chiefs are eligible to be cut under last week&rsquo;s announcement, the sailors who make chief with 15 years or less service are less likely to be low performers anyway.

As an E-6 with only nine years in the Navy, Petty Officer 1st Class Jackson Francois has a pretty good shot at getting promoted to chief petty officer. However, Francois maintains that while there are many chiefs who perform well, there are too many subpar chiefs who are hanging on with the Navy to avoid retirement.

&ldquo;The upper chain is not setting themselves up to get out of the Navy, and we&rsquo;re suffering for that,&rdquo; said Francois, 30, of Fort Lauderdale, Fla. &ldquo;I feel like [chiefs] should be under Perform-to-Serve, too.&rdquo;

Francois recently transferred from Naval Recruiting District Richmond, whose territory includes the Washington, D.C., metropolitan area. While recruiting there, Francois&rsquo; quota dropped from seven recruits to just one per month.

&ldquo;I had guys waiting nine or 10 months to join, and we couldn&rsquo;t take them until we kicked more people out,&rdquo; Francois said.

Craddick says he doesn&rsquo;t blame senior leaders for not retiring, because the civilian world isn&rsquo;t doing much hiring.

&ldquo;If I was in their position, I&rsquo;d do the same thing,&rdquo; he said.