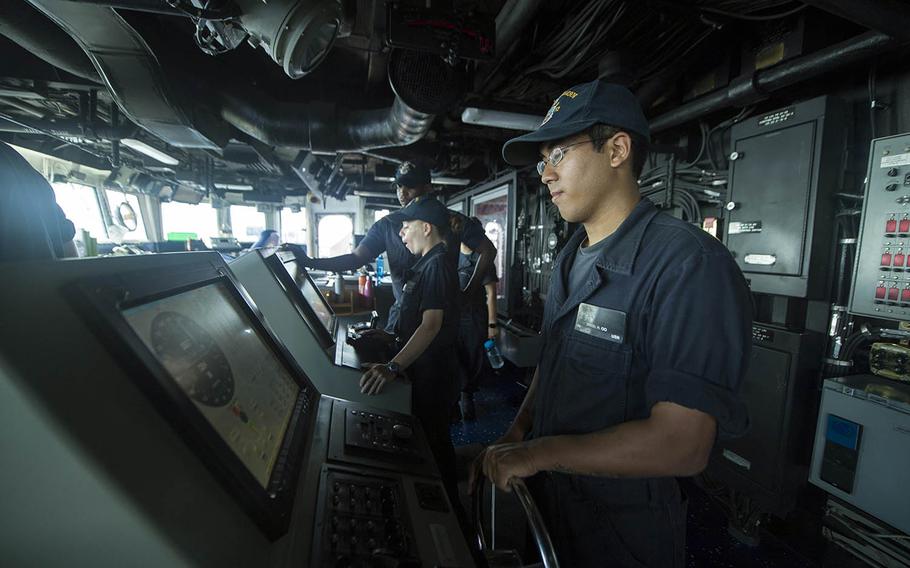 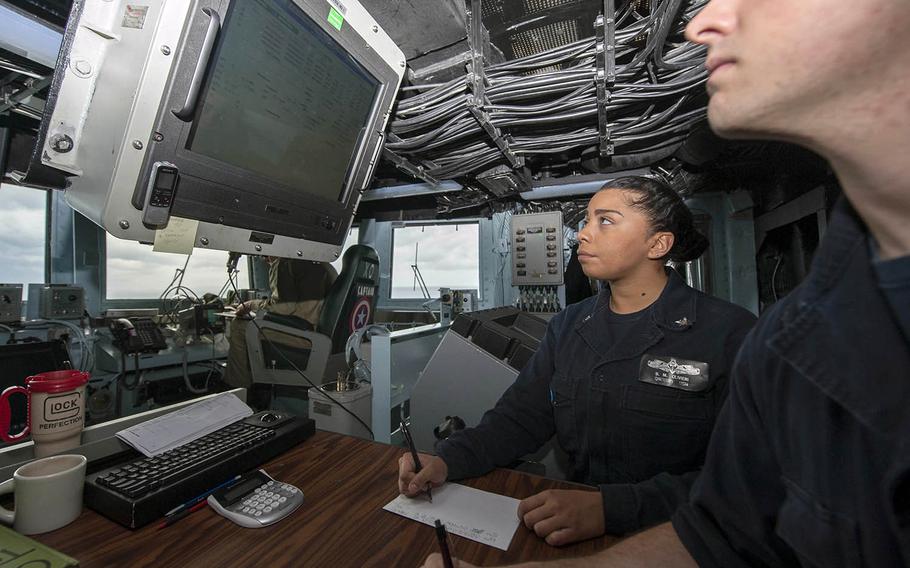 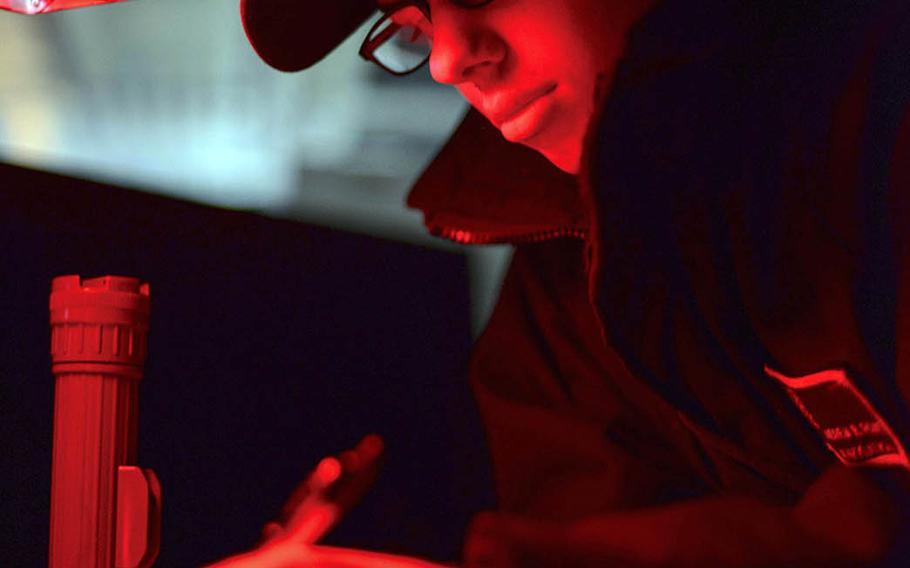 Seaman Andrew Rowe writes an entry into the ship's log while standing navigation watch aboard the USS Nimitz on Oct. 3, 2016. (Samuel Bacon/U.S. Navy)

YOKOSUKA NAVAL BASE, Japan — Sailors will get more sleep at sea under a directive issued Wednesday by the head of Naval Surface Forces.

Vice. Adm. Tom Rowden has ordered ship captains to establish routines no later than Dec. 20 that will give sailors predictable watch schedules and sleep periods, according to a copy of the directive obtained by Stars and Stripes.

A Naval Postgraduate School study shows that 21 hours without sleep results in impairment equivalent to being legally drunk, Rowden said in the directive.

“You would not operate your car under these conditions; we should not ask our crews to stand watch and operate shipboard systems in a similar mental and physical state,” he said.

Irregular schedules can disrupt sleep patterns and make it hard for people to fall asleep or stay awake, according to the National Sleep Foundation.

Some have suggested that tired and overworked sailors may be partly to blame for recent accidents involving Navy ships in the Pacific that killed 17 sailors. A Government Accountability Office report released earlier this month said crew size reductions have left some sailors on ships working more than 100 hours a week, creating safety risks.

The new sleep schedules may not be suitable in some training situations and commanders should use their best judgment, Rowden said.

Littoral combat ships and mine countermeasure and coastal patrol vessels are exempt from the guidance, but Rowden said he expects commanders of those ships to implement them to the best of their abilities.

“You can’t ask something from someone who has been sleep deprived,” he said. “Trying to do that task with no sleep; there is a really high chance that they’re going to do it wrong and something could end up happening that gets somebody injured.”

“You get a rhythm,” said Byrd, whose ship was involved in a collision off Japan on June 17 that killed seven sailors. “If I know I’m going to get off work at this time, I can work on [qualifications] or I can work out and then go to sleep … I can have a decent cycle.”