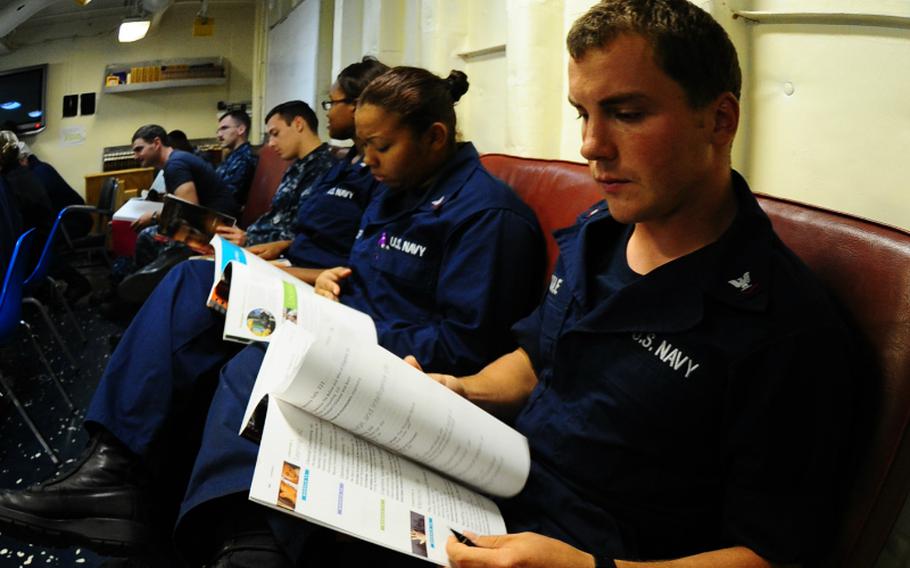 Beginning Oct. 1, U.S. Navy tuition assistance will reimburse sailors only for the tuition cost of the course.

TA funds will no longer pay for the following: additional fees for equipment, supplies, books/materials, exams, admissions, registration, fines and costs associated with distance learning. It is among several changes the Navy announced Thursday to its popular program.

The changes are meant to align the Navy’s TA program with the Defense Department’s policy on voluntary education programs that was released last month, the Navy said in a release.

About 89 percent of courses paid for by Navy TA were successfully passed in fiscal 2013, with 72 percent of those courses resulting in an A or B grade, the Navy says.

The Navy is also loosening the eligibility requirements for TA, effective immediately. Sailors with less than a year at their first duty station may get a waiver to the one-year requirement to become eligible for tuition assistance.