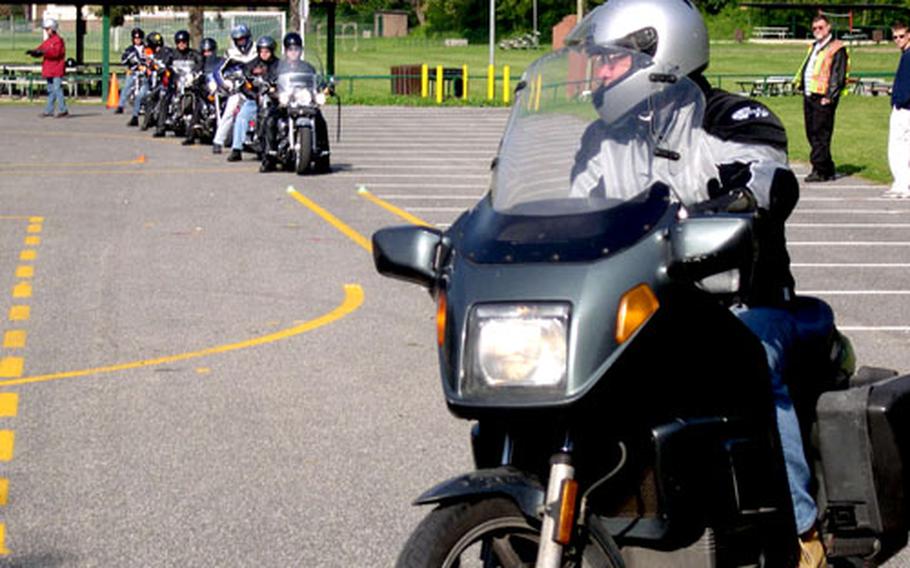 NAPLES, Italy &#8212; Naval Support Activity Naples is running a motorcycle safety course for its military riders and those of the base&#8217;s tenant commands.

According to Albert Zadlo, the base safety officer, the course is run annually at the beginning of the traditional summer riding season and is held in conjunction with Motorcycle Safety Awareness Month held each year in May in the United States.

The two-hour course is mandatory for all military personnel at three of the base&#8217;s largest commands, including NSA, the Naval Computer and Telecommunications Area Master Station Europe Central and Naval Hospital Naples.

Naval Hospital Naples lost a sailor to a motorcycle accident in December 2004, and the base recently had another close call.

All told, said Zadlo, about 56 motorcycle riders were killed throughout Italy last year.

These figures, he added, don&#8217;t include moped accidents or deaths. Mopeds are more widely seen even than motorcycles in Naples, because 14-year-olds are allowed to ride scooters but can&#8217;t get a car license until they turn 18.

Getting sailors used to riding in Naples and the rest of Europe is the main focus behind the course. The program, Zadlo said, is designed to get riders familiar with everything from road conditions to the riding styles of Italian motorcyclists.

Tips for successful riding in Europe

Riding a motorcycle in Europe can be a challenge. Naval Support Activity safety officer Albert Zadlo gives some tips for motorcyclists.