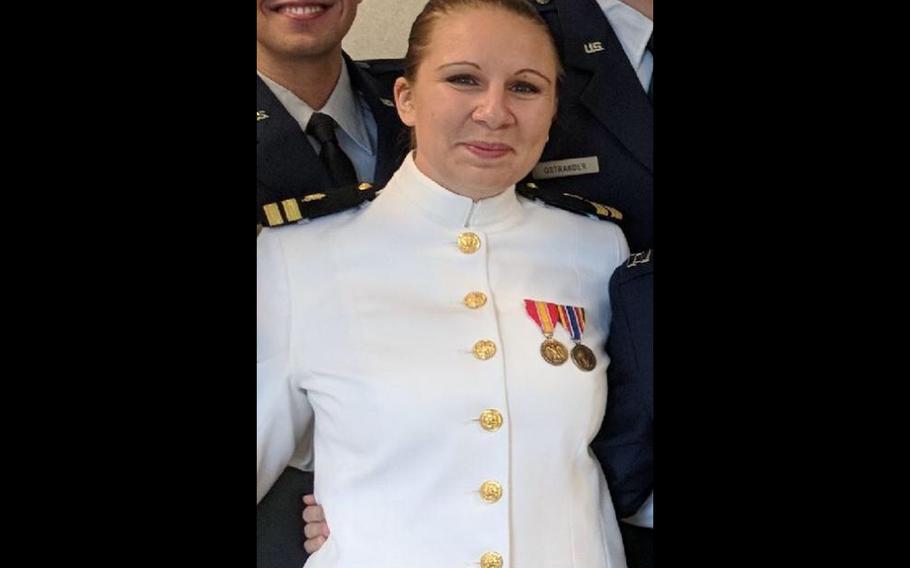 The Navy identified on Thursday the sailor found dead on the USS Arlington as Lt. Kaylie Ludwig.

At the time, the ship was in Rota, Spain, for a regularly scheduled port visit.

Ludwig began her naval service in 2013 and was assigned to Arlington in July, 2018, Raines said. The Naval Criminal Investigative Service is conducting an investigation.

Arlington is homeported in Norfolk, Va., and is conducting naval operations in the U.S. 6th Fleet area of operations in support of U.S. national security interests in Europe and Africa, Raines said.

The Defense Department announced the deployment May 10, along with the White House’s announcement of similar deployments for the USS Abraham Lincoln Carrier Strike Group and a bomber task force, in a warning to the Iranians that any attack on Americans would be met with a military response.