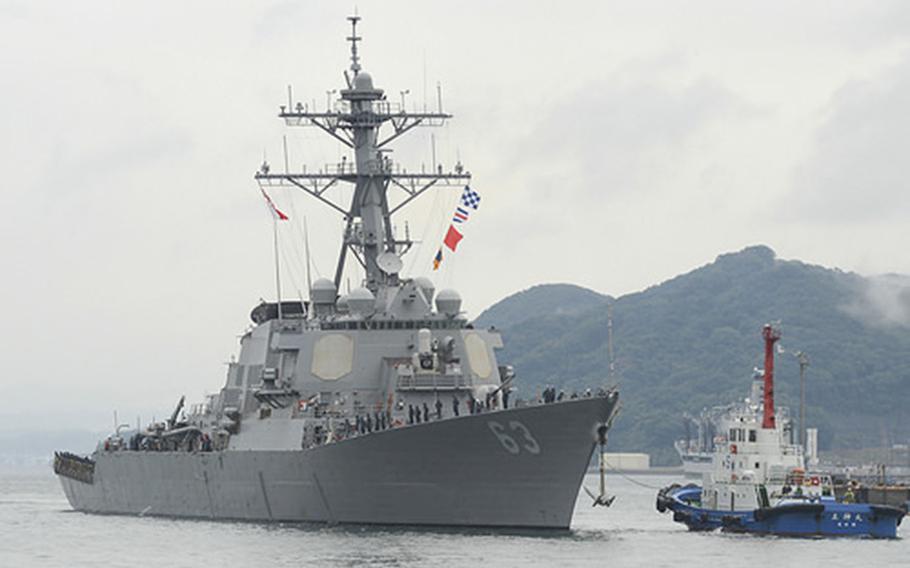 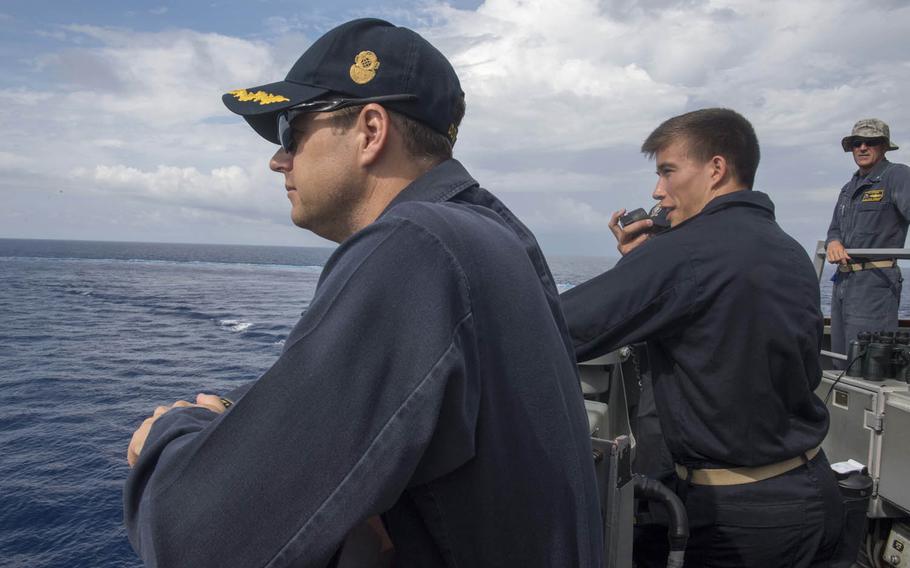 The Navy has identified the sailor who was reported overboard Aug. 1 from the guided-missile destroyer USS Stethem in the South China Sea.

The service announced Friday it had suspended its search for Lt. Steven Hopkins, who was reported missing about 9 a.m. Tuesday as the ship transited 140 miles west of Subic Bay, Philippines. An investigation into the disappearance is underway.

“Our thoughts and prayers are with our lost shipmate, their family, and the officers and crew of USS Stethem,” Rear Adm. Charles Williams, commander of Task Force 70, said in the statement Friday. “I appreciate greatly the dedication and professionalism shown by all who participated in the search efforts.”

Hopkins, a Texas native, joined the Navy in 2009 and reported to the Stethem in July, officials said on Saturday.

The Stethem was assisted in the search-and-rescue operation by the USNS Amelia Earhart, USNS Vice Admiral K. R. Wheeler, a Navy P-3 aircraft, and ships and helicopters from the Japan Maritime Self-Defense Force, Navy officials said. Two Chinese People’s Liberation Army Navy frigates that had been shadowing the Stethem joined the effort on Wednesday.

Approximately 10,000 square nautical miles of ocean was searched in 79 hours, the statement said. When Hopkins was not found after more than three days, the effort was called off at 4 p.m. Friday Japan time. “After an extensive search, with help from [Japan and China], we were unable to locate our Sailor,” Capt. Jeffrey Bennett, commander of Destroyer Squadron 15, said in the statement. “I offer my deepest condolences to the Sailor’s family, friends, and the Stethem Steelworkers.”

The Stethem was conducting routine operations in the South China Sea at the time of the incident, Navy officials said. Weeks earlier, the destroyer sailed within 12 nautical miles of Triton Island on the basis of innocent passage, a U.S. official said at the time. Triton is part of the Paracel chain claimed by China, Vietnam and Taiwan.

The move drew a sharp rebuke from the Chinese, who called the operation “provocative” and said such actions “violate China’s sovereignty and threaten China’s security.”

Earlier this year, American and Japanese ships spent more than 50 hours searching for a presumed overboard sailor missing from the guided-missile cruiser USS Shiloh off the coast of Okinawa, Japan, only to later discover Petty Officer 3rd Class Peter Mims had been hiding aboard the ship.