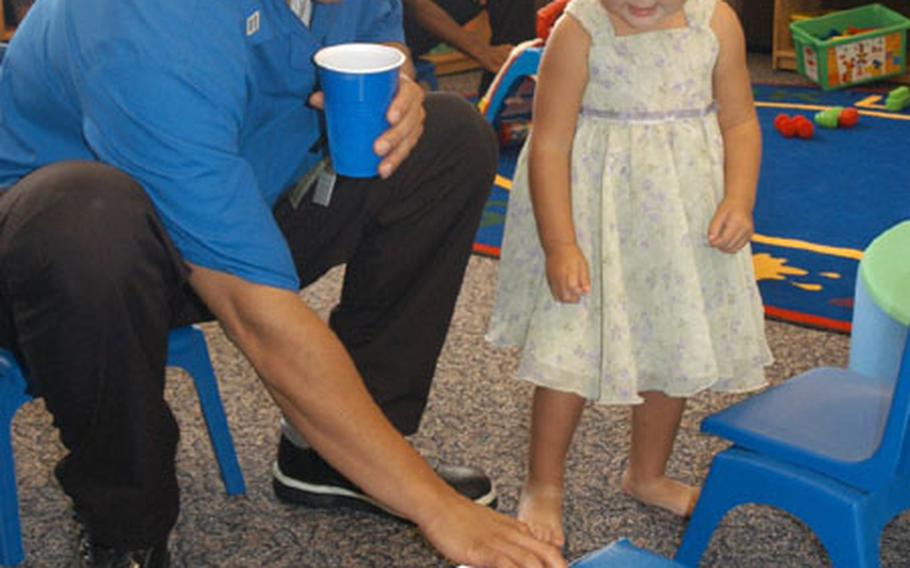 Sponsored by the Armed Services Young Men&#8217;s Christian Association, the Children&#8217;s Waiting Room provides free child-care for up to two hours for parents or siblings with appointments in the hospital. The association contracts with two full-time employees to run the program.

&#8220;Since opening in June we serviced over one hundred families from the community,&#8221; said Allison Rad, a volunteer coordinator, according to a hospital news release.

&#8220;We have parents who utilized the waiting room who are now volunteering their time so that others can make the most of their medical appointments,&#8221; she said.

Community support has been overwhelming, according to association employee Lori Goto.

&#8220;Squadrons are donating entire days to volunteer at the waiting room as a group and numerous others have donated office supplies, crayons, and craft projects for the children, and that really helps,&#8221; she said.

The waiting room&#8217;s official opening was celebrated with an open house with a cake, and a party that attracted some of the hospital staff who were impressed by the program, said Amanda Woodhead, hospital public information officer.

&#8220;Allowing the parents to use the waiting room when they have appointments offers them peace of mind that their children are in a safe place so they can give their full attention to the doctor and their examination,&#8221; said Hospital Corpsman Jamal McCornell of the Optometry Clinic, according to the news release.