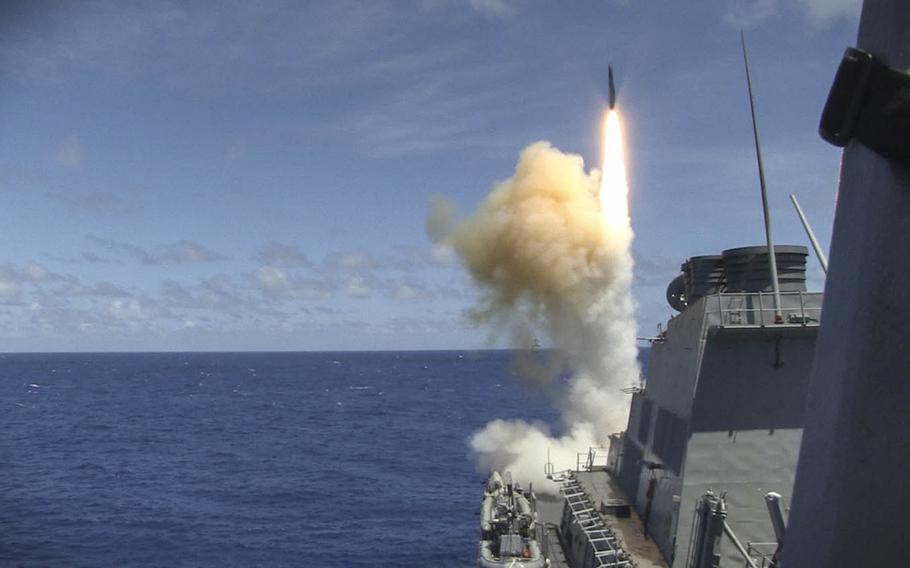 U.S. and Japanese sailors are honing their warfighting skills during annual naval exercises underway off Guam.

Multi Sail 2016, led by Destroyer Squadron 15 out of Yokosuka Naval Base, Japan, is “designed to assess combat systems, improve teamwork and increase warfighting capabilities” within the 7th Fleet’s area of responsibility, the statement said.

“This event is the pinnacle of training for our forward-deployed forces and the peak of coordination with [the Japan Maritime Self-Defense Force],” Cmdr. Ed Sundberg, commanding officer of the USS McCampbell, said in the statement. McCampbell, a guided-missile destroyer, is serving as Multi Sail’s command flagship.

Six U.S. surface units, four Japanese ships and a number of submarine and special units are taking part in the exercises, which began Sunday and wrap up Thursday, the statement said.