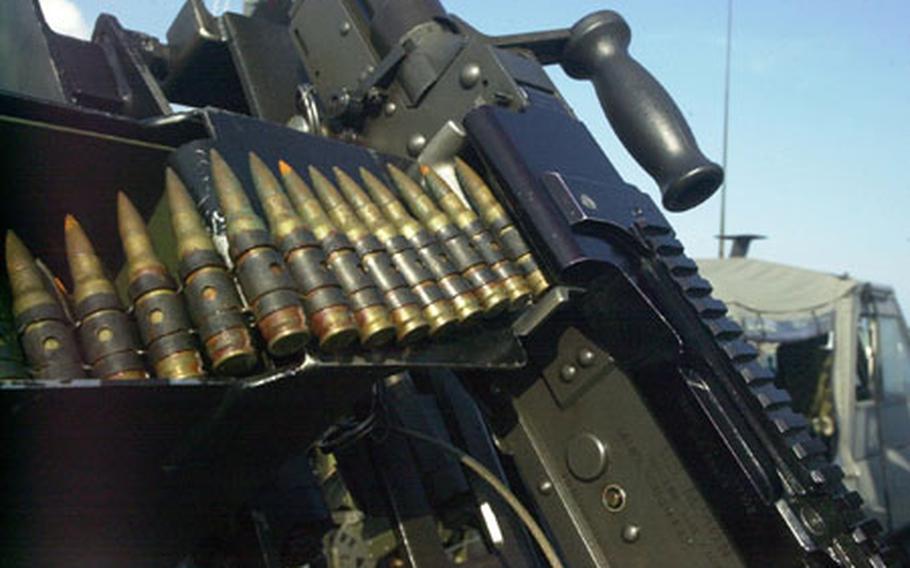 Special Warfare Combatant Craft crew and their MK V special operations craft and rigid inflatable boats have followed the Philippine navy on more than 4,000 &#8220;visit, board, search and seizures&#8221; since arriving in the Philippines in October, said Chief Petty Officer Michael Andre, a RIB detachment commander.

The crewmen and an accompanying group of Navy SEALs are based at Coronado, Calif., and are supporting the Joint Special Operations Task Force-Philippines by training counterparts in the Philippine naval special operations units.

&#8220;Most of our stuff is at night,&#8221; Andre said of the four- to six-hour-long missions cruising the waters off Jolo Island following the Philippine navy while they search for terrorists. Military officials said Abu Sayyaf has taken to moving via small boats since Philippine marines have established camps in the center of the kidney-shaped island, blocking the traditional east-to-west land route.

&#8220;I have seen their waterborne tactics drastically improve thanks to the Philippine leadership and their willingness to learn,&#8221; he said.

Navy Special Warfare task unit commander Lt. Cmdr. Robert Reitz said his people have been &#8220;in the water since the second day&#8221; after their arrival in the Philippines.

He said his Philippine counterparts need &#8220;less and less input and support&#8221; in their missions and are securing the waters.

&#8220;They are absolutely denying [Abu Sayyaf] free access through the water and transit lanes,&#8221; he said.