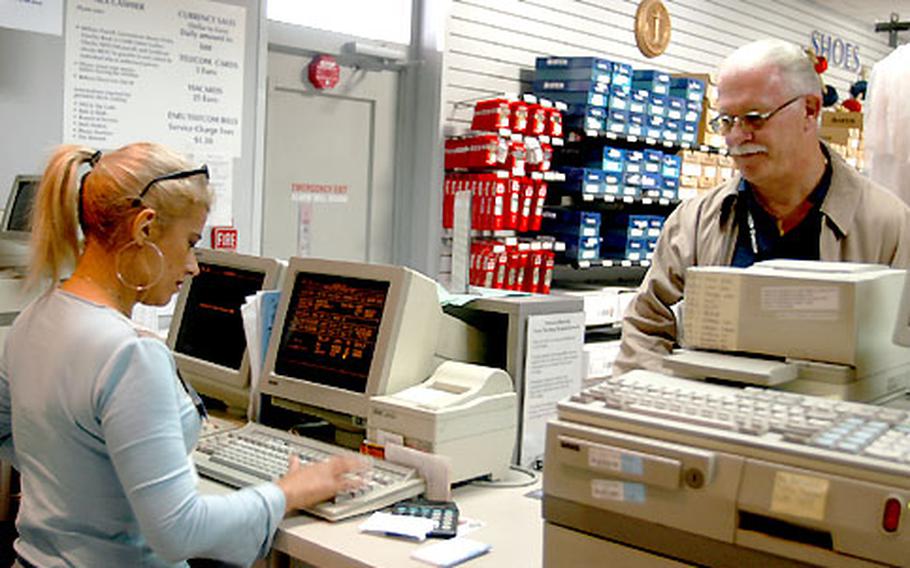 Gasoline and diesel prices for personnel in Italy will rise about 28 cents per gallon on June 1, a nearly 17 percent increase.

The Navy manages the gasoline program for all military services in Italy, under which U.S. and NATO personnel buy rationed coupon books for tax-free petroleum products.

The cost of coupons for oil did not change.

Coupon prices usually change in January and at the start of summer.

Based on the market price of fuel, the Defense-Energy Support Center in Virginia negotiates prices every 15 days with Agip and Esso oil companies in Italy.

The Army and Air Force Exchange Service, which calculates the prices of gas for Americans stationed in Britain, Germany and the Netherlands on a monthly basis &#8212; and elsewhere in Europe on a less-frequent basis &#8212; has prepared its customers for another likely price increase next month.

In the past two weeks in the States, prices rose more than 14 cents to an average of $2.07 a gallon for self-service regular and show no signs of slowing their climb, according to The Associated Press. Drivers in the States are paying between $1.87 and $2.36 per gallon.

For three straight months, the average price of gasoline has broken all-time record highs. According to the AAA automobile club, the national average price for unleaded gasoline was $1.493 a year ago.

Ebert noted that personnel stationed in Italy are still getting a bargain: The price is lower than what stateside drivers pay and is much lower than what drivers would pay without coupons for taxed fuel on the economy. Italians pay an average 1.10 euros per liter (about $4.98 a gallon).

Several drivers in Naples said they weren&#8217;t surprised by the increase.

&#8220;Considering the gas prices back in the States and what they are here on the economy, I think it&#8217;s probably a good deal,&#8221; said Dan Wyckoff, a Department of Defense civilian.