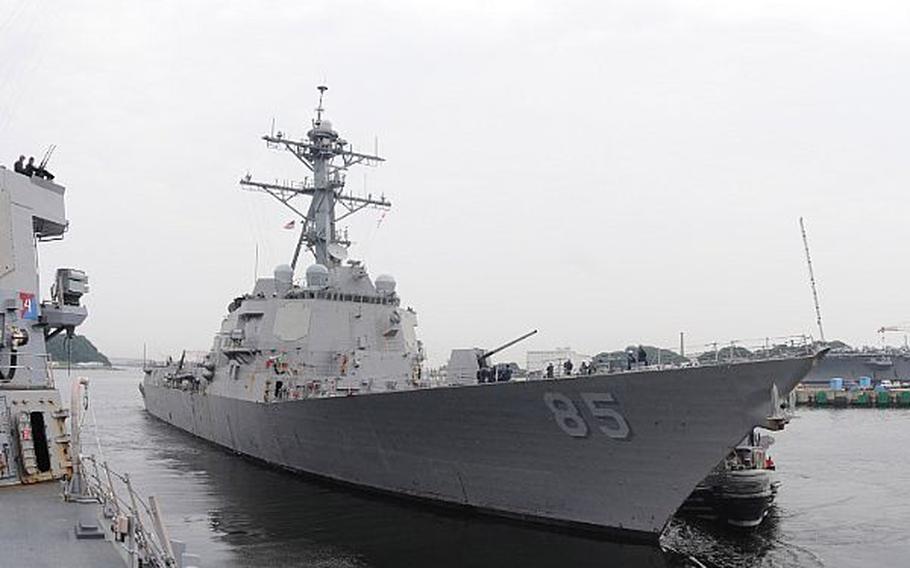 WASHINGTON &mdash; A U.S. Navy destroyer in the South China Sea recently shadowed a merchant vessel suspected of smuggling illicit material for two days until it turned around and eventually docked in North Korea, the Pentagon confirmed on Monday.

But officials would not say exactly what they believed was on the ship, where it was heading or why it turned around.

The incident began when the USS McCampbell, an Arleigh Burke-class guided-missile destroyer on patrol, hailed the M/V Light, a ship registered and flagged to Belize, on May 27.

&ldquo;The cargo was a proliferation concern,&rdquo; a U.S. military official said, prompting the Navy to contact Belize, which granted the U.S. permission for a consensual boarding. After it was granted, the McCampbell alerted the Light&rsquo;s captain, but he refused the request. That refusal is a violation of international law.

The captain also told the McCampbell that the Light was a North Korean vessel, prompting U.S. government officials to contact North Korea directly.

&ldquo;We talked directly with the North Koreans to stress the importance of not engaging in proliferation-related transfers,&rdquo; said the military official, but they still refused the U.S. boarding request.

The events prompted the Navy to shadow the Light until it stopped, changed course and headed back to North Korea.

The New York Times reported Sunday the U.S. had previously suspected the Light of ferrying weapons and believed it was heading for Myanmar with missiles that range just 350 miles, curiously short range for Myanmar&rsquo;s interests. Pentagon officials would not confirm those details.

The Pentagon and other U.S. government outfits usually report high-tension naval run-ins with North Korean and Chinese vessels in the region as they occur. However, &ldquo;vessels of interest&rdquo; are frequently shadowed and unreported to hide intelligence gathering methods, the official said. This latest incident occurred two weeks ago.

&ldquo;I don&rsquo;t know that there was any particular secrecy,&rdquo; Lapan said.

U.S. officials reportedly confronted Myanmar representatives at a gathering of the Association of Southeast Asian Nations near the White House at the time of incident. The representatives protested the allegations and have since denied them.

After North Korea&rsquo;s 2009 nuclear tests, the United Nations Security Council expanded its arms embargo by passing resolution 1874, calling on all countries to inspect and deny safe harbor for ships suspected of weapons trafficking.