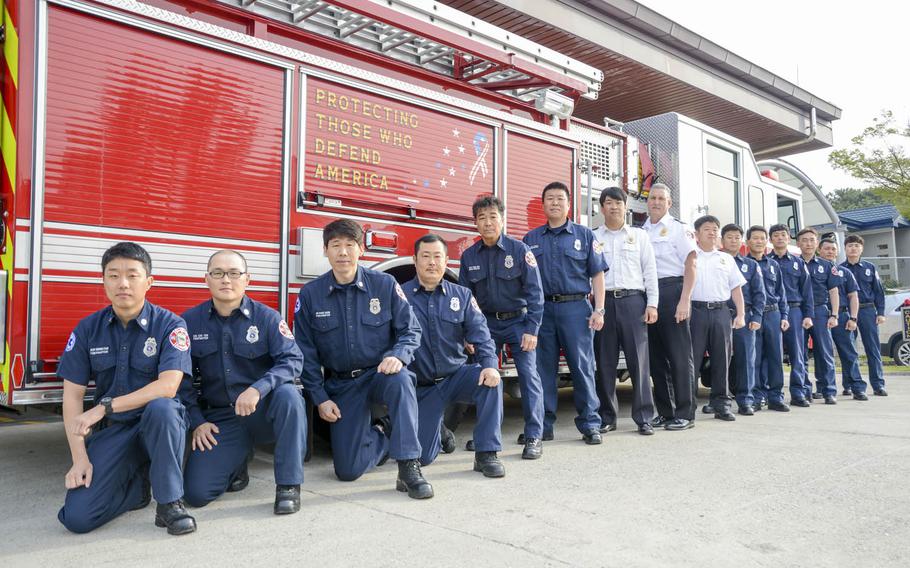 The Chinhae Naval Base fire department responded to an appeal for help from local authorities on April 5 as the blaze spread between multiple vehicles parked in the garage.

The department dispatched emergency vehicles and five firefighters to the site, fulfilling a mutual-aid agreement between the base and the community. The combined response equaled 19 fire engines and nearly 80 firefighters and emergency personnel.

A Chinhae team designed to rescue other firefighters was also sent to the scene.

While fighting the fire and clearing the building, firefighters discovered and rescued 16 people trapped inside.

“It was raining so traffic was not as heavy as normal,” Chinhae fire chief Raymond Griffith said in a statement. “This allowed all of the responding units to get to the scene very quickly and there was also a fire hydrant on the street corner by the building, so I think that was also a major factor.”

“I could not be more proud of our firefighters and their commitment to the local community,” Cmdr. Terry P. McNamara said in the statement. “When the call for help comes in, they, without fail, suit up and stand by their [South Korean] firefighting partners to keep the community safe.”

Approximately 75 percent of emergency calls received by the fire department are for assistance in the local community, the statement said.

Chinhae, the only Navy base in South Korea, is on the southeastern coast of the peninsula near South Korea’s second largest city, Busan.