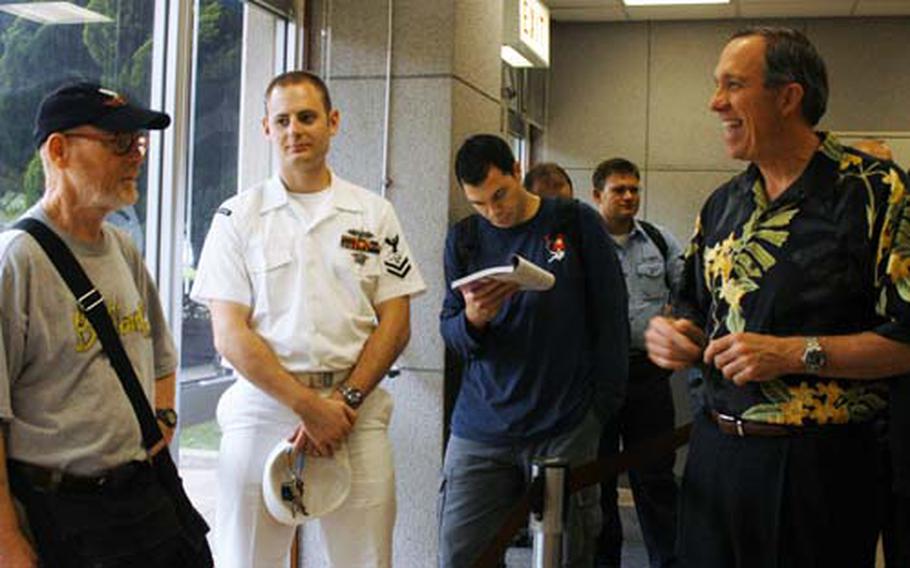 The credit union also plans on more than doubling the number of branches from 150 to 330 in the next five years, said Cutler Dawson, Navy Federal&#8217;s president and chief executive.

Both touted the inclusion of all DOD personnel as "a natural progression," given the credit union&#8217;s growth.

"We know the military; we know how to serve them," Dawson said.

The expansion also reflects the military&#8217;s trend toward "joint force operations" on installations and will make moving from base to base easier on families because "they won&#8217;t have to start over again" with new banks with each move.

About half of the 180 prospective branches will be stateside in areas with large military populations, Gound said, citing Fort Bragg, N.C., Fort Hood, Texas, and Peterson Air Force Base in Colorado Springs, Colo., as examples. All new locations will be off-base, because DOD policy limits each base to having one bank and one credit union, he said. The new locations are expected to open by 2012.

Growth is not a new concept for the nonprofit organization. Navy Federal added 2,600 employees to the roster last year, for a total of 7,300 employees &#8212; almost all Navy spouses. The credit union is the world&#8217;s largest and has $35 billion in assets, 150 branch offices and 40,000 ATMs, according to its Web site.

The credit union has 3 million members; the expansion could boost that to 5 million in the next five years, Dawson said.

Already, membership registration has multiplied by a factor of six since the May 22 announcement, which translates into roughly 60 to 70 new members daily, Dawson said.