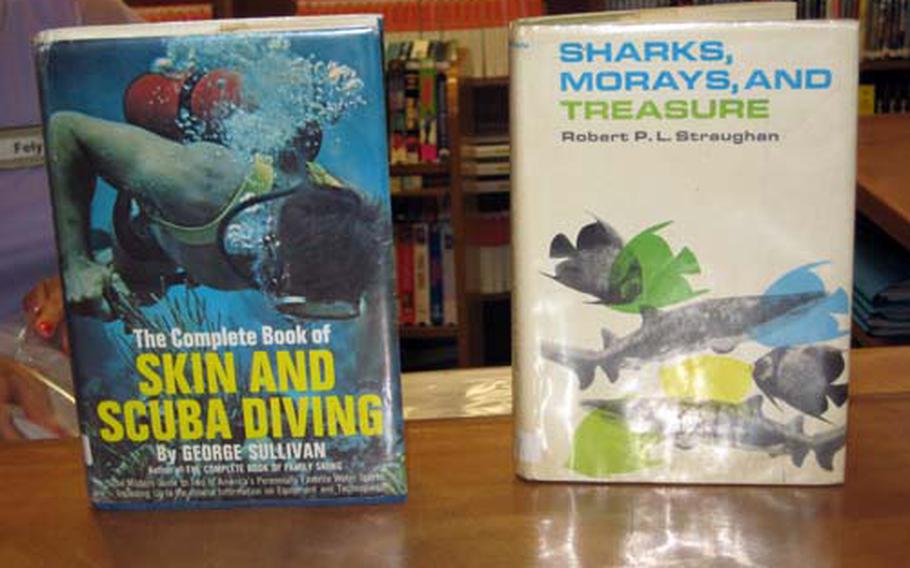 PNW09BOOKS04 Photo courtesy of Gary Haines Gary Haines discovered scuba diving as a teenager growing up in Guam, and is still an enthusiast about the sport. A rekindled interest helped locate the books in 1997, he said, and he now is an underwater photographer. (Courtesy photo) 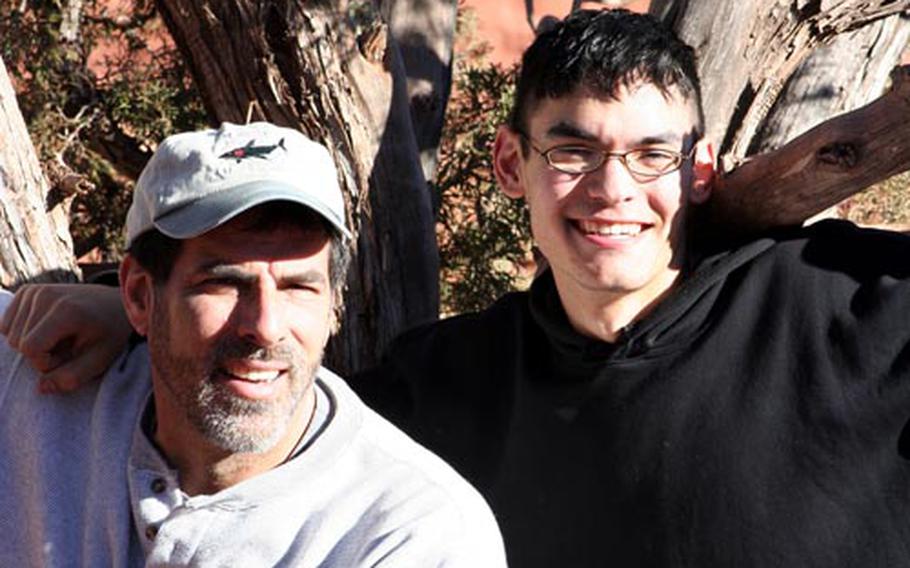 The books he returned were 38 years overdue.

But Carl, a 2nd class petty officer aboard the submarine USS Helena, took the risk because his dad, Gary Haines, asked him to.

"I saw a chance to return the books to their rightful place back at the Naval Station Library," Gary said in an e-mail. "Maybe it would get the young teens interested in going to the library again &#8230; hopefully they will return their books &#8212; not keep them for 38 years as I did."

An avid scuba diver, the teenage version of Gary checked out "The Complete Book of Skin and Scuba Diving" and "Sharks, Morays and Treasure" from Guam&#8217;s library.

"I had intended to return them," said Gary, who now works in the auto business in Colorado Springs, Colo.

But back then, like his dad before him and his son afterward, Gary joined the Navy. He stowed the books aboard the USS Parsons and sailed them around the Western Pacific, to Japan, South Korea and the Philippines.

"I had the books with me then and intended to return them if we pulled in during one of our deployments," Gary said. "It was not to be."

So the books ended up in storage stateside, and that&#8217;s where they stayed for almost 30 years, he said.

"The books finally came out of mothballs and back onto my bookshelf in 1997 after a vacation to Hawaii with my wife Susanne," Gary said.

Years later, when he heard his son&#8217;s ship was headed to Guam, he mailed the books straightaway, Gary said.

"My apologies to the library for taking the books for so long," Gary said. "I wanted to do it in person with my son, but not knowing his exact arrival kept me from being able to attend."

He added that he would have brought his father, Carl Edward Haines, back to the island to see how it had changed over the years.

One thing has definitely changed.

The diving industry has moved fathoms ahead of the information contained in his father&#8217;s library books, Carl said.

"All of the illustrations show old gear," Carl said. "I don&#8217;t see any of the modern equipment."

She laughed outright when she heard about the books, and said the Haines men should be rewarded for remembering to return them.

"I must admit I was pleasantly surprised that after 38 years, he kept the book and remembered to turned it in," McCandless said. "That&#8217;s good news!"