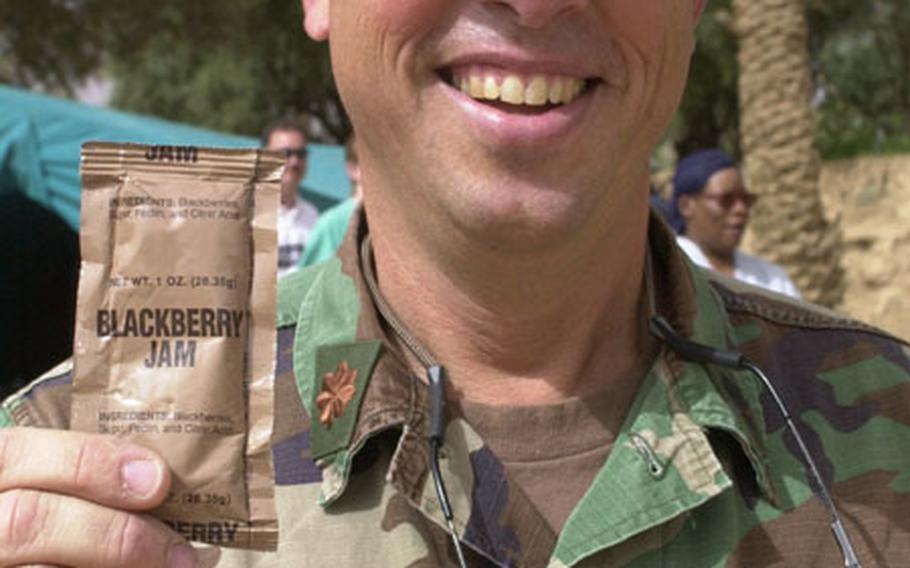 But a U.S. Navy doctor earlier this week proved that the military&#8217;s Meals, Ready to Eat offer more than a nutritional power boost for troops.

They can save a life.

Military doctors and nurses are calling Lt. Cmdr. Tom Craig a hero after he used a packet of jam from his meal pouch to revive a diabetic Moroccan boy who slipped into hypoglycemic shock.

Craig, an emergency room doctor stationed at Naval Station Rota in Spain, was working in Tadiohoust, a small rural town in Morocco, as part of a multinational humanitarian relief and training mission.

Last Tuesday, the boy&#8217;s mother brought the teen in to be checked by U.S. and Moroccan doctors. Minutes after his arrival, he went from walking and talking to lying on the ground with his tongue hanging out.

Moroccan and U.S. military doctors rushed to put the boy on a stretcher. Chaos in the makeshift triage room soon ensued, and people scrambled to save the boy from the mysterious and rapid illness.

Then, Craig calmed the storm.

He figured the boy&#8217;s blood sugar might have dropped dangerously low, causing him to go unconscious. The doctor remembered that he had a packet of blackberry jam he saved from lunch.

He squeezed the contents into the boy&#8217;s mouth.

In less than 10 minutes, the teen was moving around, alert and fully recovered. Without the jam, the boy would have likely started having seizures, doctors said. Five to 10 minutes later, he would have gone into coma.

Untreated, he would have died.

Doctors suspect that the boy probably took his insulin shot but skipped a meal because he was nervous about going to the free clinic.

While Craig received a number of &#8220;pats on the back&#8221; for his quick thinking, he chuckles at the suggestion that he was a hero that day.

He insists he was just doing his job.