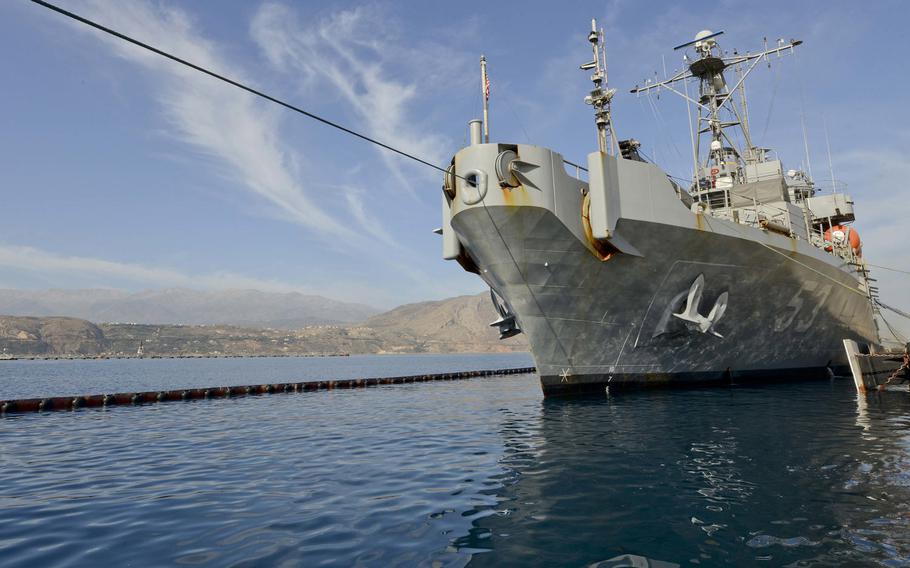 NAPLES, Italy — The Navy is sending a civilian salvage ship to join a NATO mission targeting smugglers in the Aegean Sea.

The USNS Grapple recently departed the U.S. naval base at Souda Bay, Crete, to join the 4-month-old mission, U.S. European Command said Thursday. The NATO mission provides intelligence and surveillance to the European Union border agency and Greek and Turkish coast guards trying to stop migrants from crossing into the EU.

The deployment is the most significant U.S. contribution so far in the 2-year-old migrant crisis buffeting Europe from the south.

The Grapple, part of the Navy’s fleet of civilian-operated supply ships, is on a five-month deployment to Europe from its homeport in Norfolk, Va. With a crew of 26 civilian mariners, the ship is normally tasked with recovering old ships or sunken debris.

NATO deployed its Standing NATO Maritime Group 2 to the Aegean in February following a request from Germany, Greece and Turkey for help in the effort to stem the flow of migrants from the Middle East, Afghanistan and Africa.

Migrant arrivals in Greece have since plummeted, mainly due to a political deal between the EU and Turkey to return nonrefugee status migrants to Turkey.

Seven ships currently work together under the NATO banner in the Aegean.

The Grapple will remain in the area through the end of its deployment, the statement said.