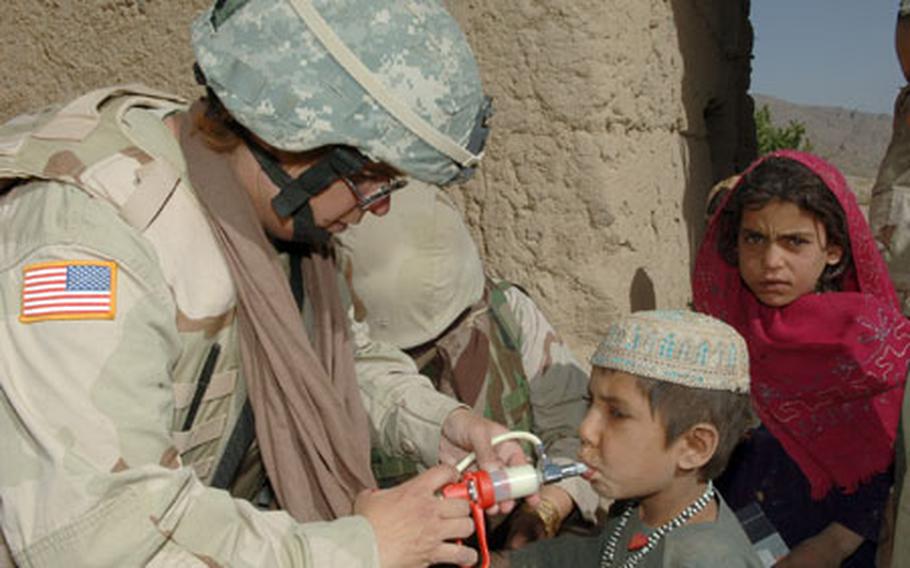 ARLINGTON, Va. &#8212; The Navy is standing up a group of about 320 sailors to focus solely on civil affairs missions, said Lt. Cmdr. Bruce Farabee, chief staff officer for the Maritime Civil Affairs Group.

The group will be established Friday at a ceremony at Naval Amphibious Base Little Creek in Virginia, according to the Navy.

Creating the civil affairs group will give sailors more time for such missions and allow them to focus more on the tasks at hand, he said.

&#8220;Once you start to go ashore, whether it&#8217;s the Army in the middle of a landlocked city or it&#8217;s the Navy interacting with the coastline or a riverine environment or a littoral, civilians and military are going to come in contact, and we are going to be the coordinator, the facilitator, the smoother of that contact,&#8221; Farabee said.

The sailors will work with host nations to identify problems, such as whether a harbor needs dredging, he said. The group will help identify whether the host nation itself or an outside organization, such as the Army Corps of Engineers, is best equipped to handle those problems.

The Navy plans to have two squadrons of civil affairs sailors, Farabee said.

The first squadron, to be based in Imperial Beach, Calif., will be geared toward missions in the Pacific and U.S. Central Command theater of operations; the second, based in Yorktown, Va., will be focused on missions for U.S. European Command and the planned Africa Command.

The Navy plans on having all 320 sailors in the group trained and ready by September 2008, Farabee said.

Training for the civil affairs sailors is expected to last five months, and will include about six weeks of combat skills, and five weeks of civil affairs basics and some time for cultural awareness training, he said.

Right now, 20 sailors are in the process of being trained for the civil affairs group, Farabee said. Of those sailors, 15 are expected to deploy to Latin America and South America in June.

The civil affairs group will refine its mission requirements based on this initial deployment, he said.

Farabee said the Navy has been involved with civilian populations since &#8220;the first time we stepped on land,&#8221; but civil affairs has taken new importance in the wake of the Sept. 11, 2001, terrorist attacks.

&#8220;The establishment of the Maritime Civil Affairs Group is a result of the Chief of Naval Operations&#8217; Global War on Terror initiative, which is to engage areas that may be ripe for terrorists to get into and exploit instability in that area,&#8221; he said.