Navy could learn from private sector on preventing ship deficiencies 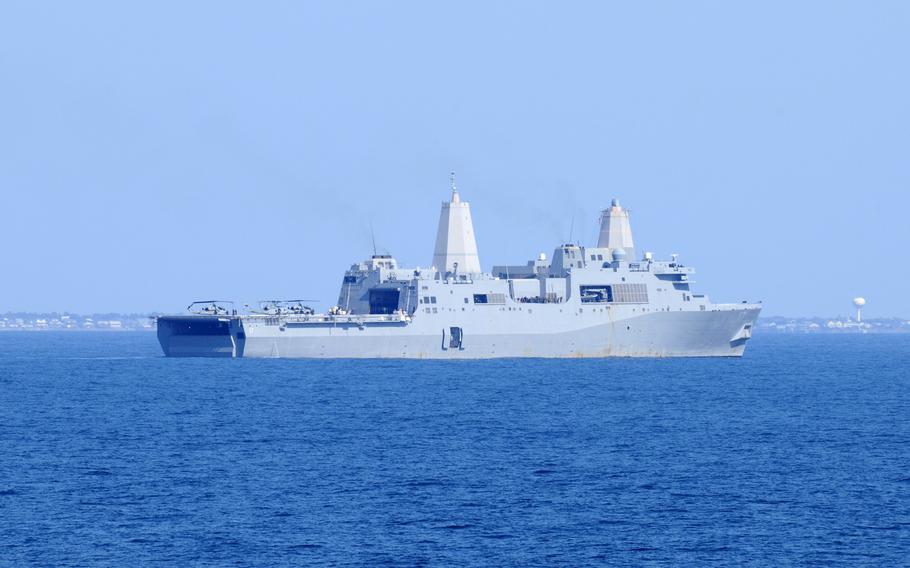 The Navy continues to accept new ships with thousands of deficiencies, though recent efforts have cut down on shipbuilder deliveries with problems threatening seaworthiness, according to a General Accountability Office report.

The GAO recommended that the Navy clarify its policy when problems should be fixed during the acquisition process, and that it review private sector acquisition practices and apply them to the service.

Among the most glaringly problematic acquisitions was the 2005 delivery of the Amphibious Transport Dock USS San Antonio, the lead ship of its class. Navy inspectors found roughly 125 “starred deficiencies,” which are “are likely to cause the ship to be unseaworthy or to substantially reduce the ship’s ability to carry out its assigned mission,” according to the GAO report.

The Navy began its Back to Basics program in 2009 to prevent the worst problems, and GAO analysis credits the program for doing so.

However, the program has been less successful at preventing smaller deficiencies, according to the report. For example, the USS San Diego, a San Antonio-class ship delivered in 2011, had zero starred deficiencies, but more than 3,300 lesser deficiencies.

Meanwhile, the Navy shares more of the risk through cost reimbursement and fixed-price contracts.

“The Navy also makes regular progress payments throughout construction so that the bulk of payment has already been made by delivery,” the report stated.

The difference in risk assumption is partially due to competition for private-sector cruise ships and other vessels among at least 12 firms. Meanwhile, all but three of the larger Navy shipyards are owned by either General Dynamics or Huntington Ingalls Industries. Specialized ships, such as carriers, are only built in one location.

Navy leaders are wary of penalizing contractors for fear of crippling the nation’s shipbuilding capacity.

“In the commercial world,” Lewis said, “if someone is performing badly, you just don’t do business with them anymore. You ditch them and you’ve got 11 other bidders. You don’t care about the industrial base in the international commercial world.

“In naval shipbuilding in the United States, I care deeply about the industrial base. If I have a shipbuilder that’s got problems, I want that shipbuilder to not have problems.”

The GAO recommended that the Navy reorganize the structure within its Naval Sea Systems Command to better interact with its Supervisor of Shipbuilding, Conversion and Repair department, which a Defense Department memo attached to the report said is in the process of happening. The report made four other recommendations on processes that would reduce deficiencies; the Defense Department agreed with two and partially concurred with the other two.