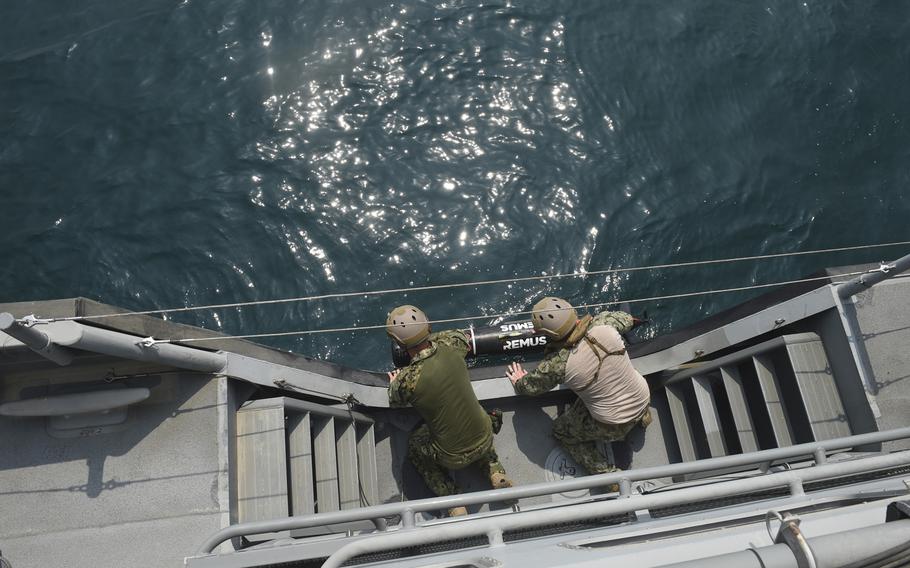 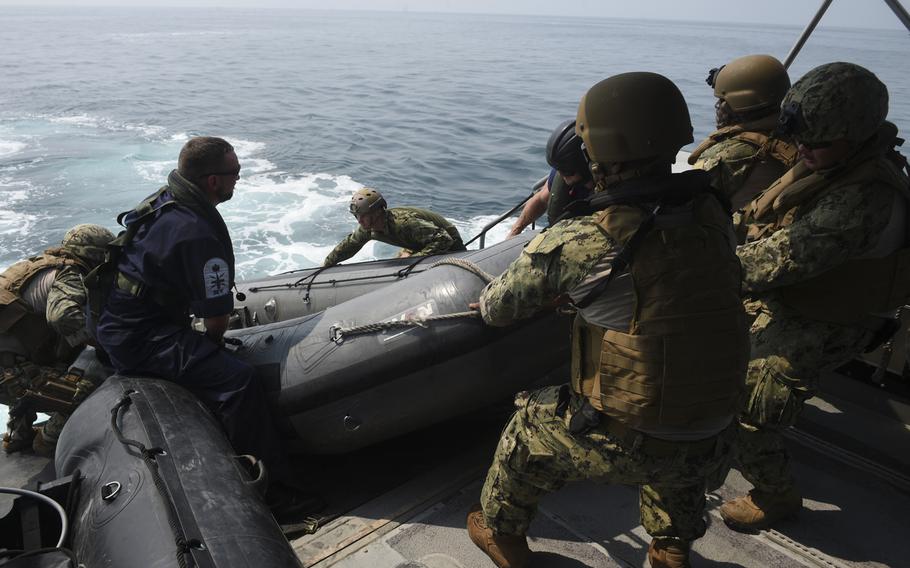 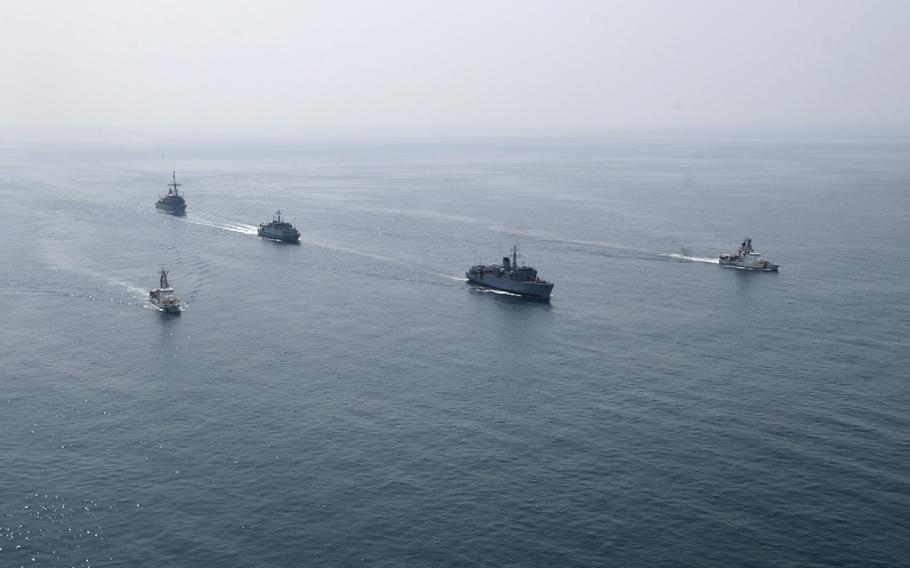 MANAMA, Bahrain – U.S. 5th Fleet is participating in three exercises in the Middle East focused on critical chokepoints in the region, amid recent tensions at sea with Iran.

It’s rare to have so many naval exercises going on in the area simultaneously, but “this isn’t in response to any one threat or any potential threat,” said Lt. Christina Gibson, spokeswoman for U.S. Navy Central Command. “It is to demonstrate that we are operating and capable to respond to threats, should they arise,” she said.

The two-week Theater Amphibious Combat Rehearsal, which began Saturday, focuses on the Bab el Mandeb Strait, a chokepoint known as one of the most dangerous narrow waterways in the world.

In 2016, Iranian-backed Houthi rebels in Yemen fired rockets in a failed attack on two U.S. Navy warships just north of the strait. The area has been under threat from the Houthis since then, with attacks on several oil tankers and other commercial vessels.

The amphibious combat rehearsal normally takes place when a new amphibious ready group enters the 5th Fleet area of responsibility, which includes the Middle East and parts of the Indian Ocean. The USS Essex ARG entered the area earlier this month.

Iran has been known to practice anti-access naval tactics as part of its military strategy. In June, Tehran threatened to close the Strait of Hormuz, where much of the world’s oil and natural gas transits.

“We are the ... guarantor of security of the waterway of the region throughout history,” Iranian President Hassan Rouhani said in a June 22 speech. “Don’t play with the lion’s tail; you will regret it.”

Rouhani’s threat came about a month after President Donald Trump reinstated sanctions against Iran and pulled the U.S. out of an international agreement monitoring Iran’s nuclear activities. Trump replied in an all-caps Twitter message that Iran should never threaten the U.S. again or it would suffer consequences “the likes of which few throughout history have ever seen before.”

Meanwhile, more than 1,000 miles northwest of the amphibious rehearsal, the two-week Bright Star 18 exercise has been active since Saturday, with the U.S. and Egypt focusing on conventional and unconventional warfare in the Suez Canal.

Later this month, the Navy will drill in the Persian Gulf during an MK-60 Griffin missile exercise, which aims to combat surface threats, and protect minesweepers and other coastal patrol ships in the region.