Navy community around London wondering what else it can do without Some the Navy’s most prized real estate in England, the former headquarters offices at 7 North Audley Street in central London, just around the corner from the U.S. Embassy, now sits mostly devoid of personnel. (Photos Courtesy of U.S. Navy)

Some the Navy’s most prized real estate in England, the former headquarters offices at 7 North Audley Street in central London, just around the corner from the U.S. Embassy, now sits mostly devoid of personnel. (Photos Courtesy of U.S. Navy) 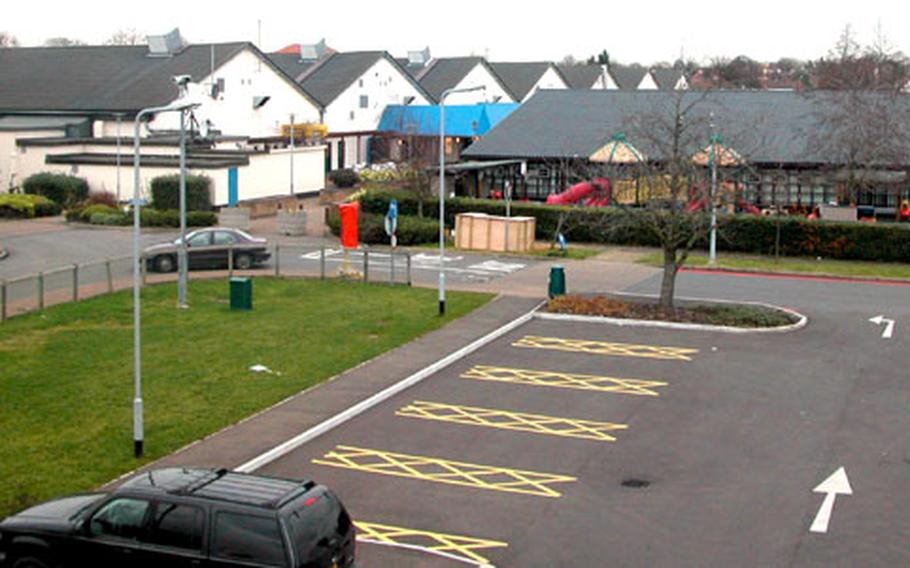 RAF West Ruislip, a small base just west of central London, is one of seven Navy bases in the greater London area. () A new children&#39;s playground at RAF West Ruislip, nestled between the Child Development Center and the Navy Exchange. The playground was moved in recent years for security reasons, having been previously abutted the base&#39;s outer fence. () 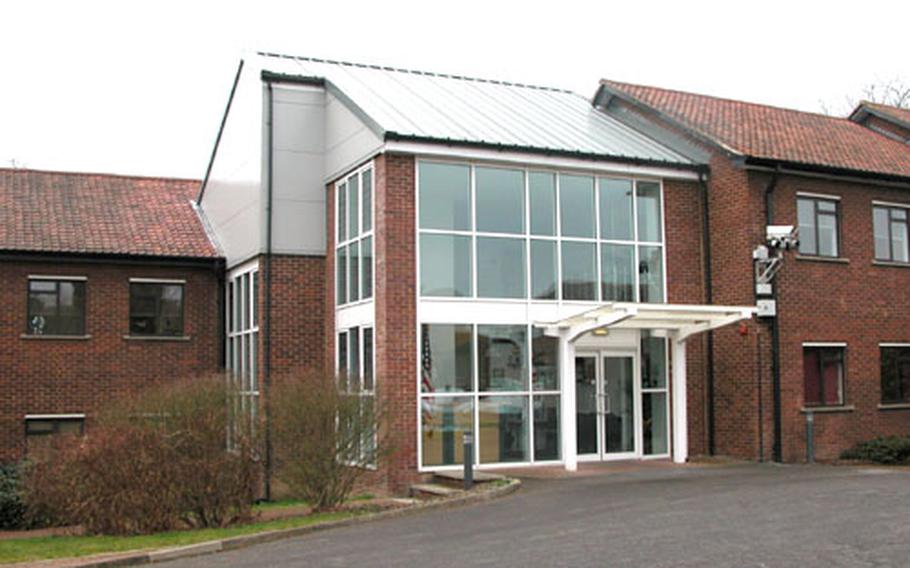 The front facade of RAF Blenheim Court, the one-building base adjacent to RAF West Ruislip west of London. ()

Two years after the U.S. Navy pulled its fleet headquarters out of London and moved it to Naples, Italy, Jennifer Nadeau is sitting at a lunch table at RAF West Ruislip, and she has a concern.

As a member of the Navy&#8217;s seven-base community scattered throughout the greater London area, she&#8217;s worried that the American medical clinic up the road at RAF Blenhim Crescent will soon shut its doors, along with the dental facility that shares the building.

Nadeau, who lives at RAF Daws Hill, a school and housing area a short distance away, already has seen the local elementary school announce that it will fold up and move to an expanded London Central High School next fall. And, the Navy Exchange in the adjacent building is cutting its floor space in half to stay in business.

But it&#8217;s the British health system that worries Nadeau the most.

Whether her concern about England&#8217;s socialized medicine has merit, it&#8217;s the type of worry that has become part of life at some small naval facilities spread around England and Iceland as the Navy in Europe moves itself off a Cold War footing.

Once centered in London and supported by a community of about 3,000 servicemembers and their families, the Navy in England has now become a smattering of buildings and abandoned offices since the 2003-2004 relocation to Italy of the Commander, U.S. Navy Region Europe and Commander, U.S. Naval Forces Europe.

&#8220;When CNE and CNRE rotated, that reduced our customer base by about 600 active-duty military,&#8221; said John Szakas, administrative officer for Commander, Naval Activities, United Kingdom.

That personnel cut was the first in a slow bleeding of sailors from England. Currently, about 1,800 sailors, family members and civilian workers remain in the seven bases around London, about 60 percent of their former number, and a plan is in place to keep letting them go, Szakas said.

With the major commands gone, much of the infrastructure that existed to support them has had to go too, he said &#8212; including almost half the British work force so far.

But there are plenty of military personnel left in the area, and these days they are the ones who feel the impact of the Navy&#8217;s drawdown. The ones left behind say that, because no plan has been announced for the final posture of London bases, they&#8217;re often uncertain about where they will get some of their basic services.

That kind of uncertainty also exists at Naval Air Station Keflavik, Iceland, which also is in the midst of a large-scale downsizing without a defined bottom.

At Keflavik, the number of active- duty sailors has been cut almost in half, dropping from 1,200 to 655 between October 2003 and October 2005, according to information from the American contingent there, the Icelandic Defense Force. Civilian support jobs also have been lost in the process, according to local media reports.

The Navy has been in talks with the Air Force about taking ownership of the base, IDF spokesman Fridthor Eydal said in a statement last week.

Top officials from the two forces &#8220;visited Keflavik in August and November this year to discuss potential transfer of base support functions from the Navy to the Air Force,&#8221; Eydal said. &#8220;No final decisions have been made.&#8221;

For its part, the Navy said it has no final plan for the alignment of its forces in England and Iceland, said Commander Mark McDonald, a spokesman for U.S. Naval Forces Europe.

As part of the greater transformation process, the Navy is trying to get &#8220;as lean as possible,&#8221; he said, but no concrete decisions have been handed down on what that ultimately means for sailors and their families in the region.

In England, no number has been set for how small the force will get before it stabilizes, or whether it will go away completely, he said.

In the meantime, sailors at the Navy&#8217;s London-area bases say life will continue at &#8220;idle speed,&#8221; where most servicemembers live enfolded into British communities and enjoy the benefits of living on London&#8217;s doorstep, said Petty Officer 3rd Class Arturo Ramirez, a master-at-arms.

It&#8217;s enjoyable and good for families, he said, though like many he still drives to RAF Lakenheath every two or three weeks to stock up on supplies.

If it reaches a point were that&#8217;s the only way to get American services, Nadeau said, she and her husband, who is in the Air Force, won&#8217;t be around any longer than they have to be, even though they would like to extend their tour in the United Kingdom.