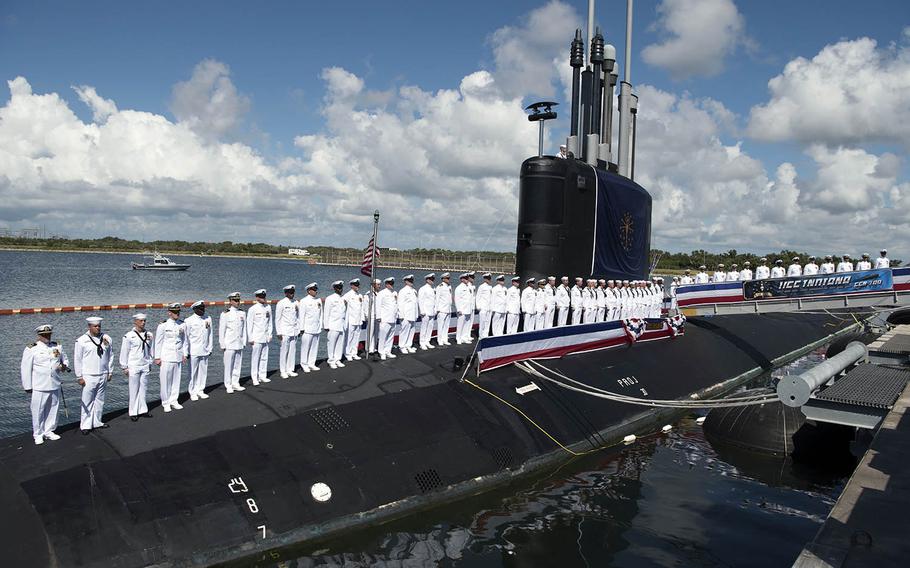 The crew of the USS Indiana stands at attention during the submarine's commissioning ceremony in Port Canaveral, Fla., Sept. 29, 2018. (Zoe Thacker/U.S. Air Force)

The crew of the USS Indiana stands at attention during the submarine's commissioning ceremony in Port Canaveral, Fla., Sept. 29, 2018. (Zoe Thacker/U.S. Air Force) 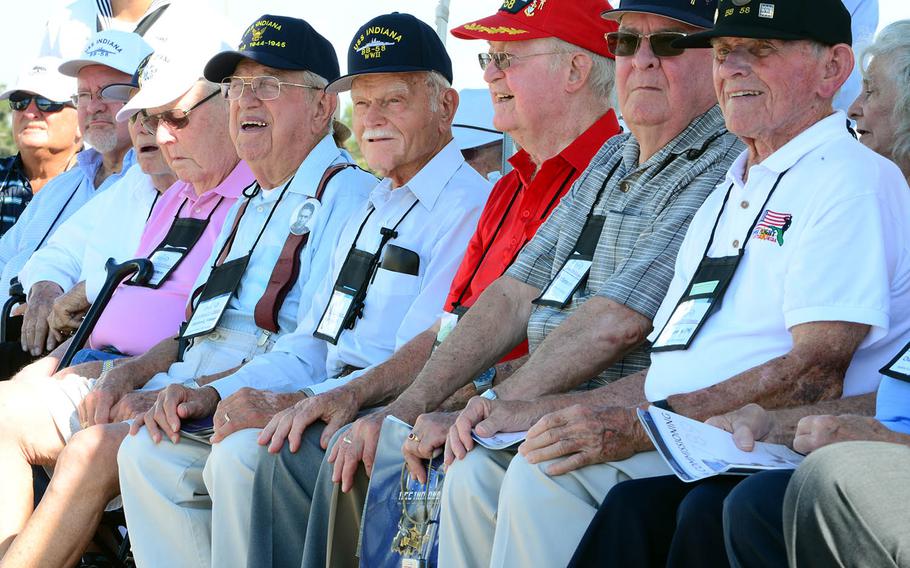 The Navy commissioned its newest nuclear-powered fast-attack submarine in front of a crowd of about 5,000 people Saturday in Port Canaveral, Fla.

The 377-foot USS Indiana is a Virginia-class vessel that can travel at 25 knots — or nearly 29 mph — when submerged and launch up to six Tomahawk cruise missiles, a Navy statement said. It’s also powered by a reactor that won’t need to be refueled during its lifespan.

“USS Indiana and her sisters of the Virginia class will maintain our edge in the undersea environment,” Adm. J. Franklin Caldwell Jr., director of naval reactors, said in the statement.

The new vessel is capable of anti-submarine warfare, surveillance and reconnaissance and delivery of special operating forces, the Navy said.

“Soon Indiana will deploy her stealth, endurance and her flexibility to travel silently under our oceans protecting our nation,” Caldwell said. “She will be collecting intelligence, preparing for battle, and, if necessary, striking from the deep without notice to defend our nation.”