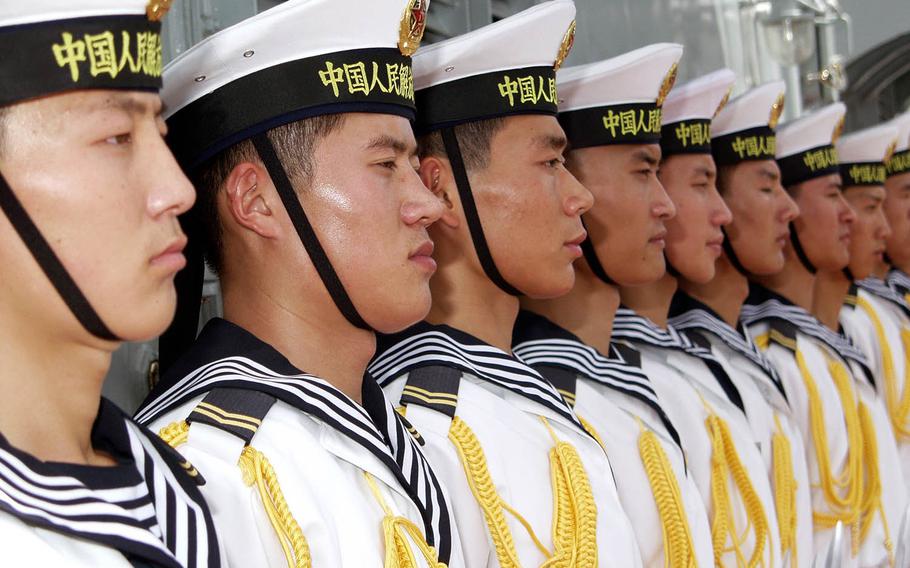 China has undertaken a decades-long quest to modernize its military and expand its air and naval capabilities worldwide. (Courtesy of Pixabay)

TOKYO – The head of the Navy’s Pacific Fleet is calling for more transparency from China after the country announced its biggest jump in military spending in three years.

Beijing will increase the spending by 8.1 percent over last year, amounting to a 2018 defense budget of roughly $175 billion, the state-run Xinhua news agency reported Monday.

While China’s actual defense spending remains opaque, the country has undertaken a decadeslong quest to modernize its military and expand its air and naval capabilities worldwide.

In recent years, China has built artificial islands in the South China Sea, militarizing them with airstrips, ports, hangars and other military-related infrastructure.

During a news conference Tuesday in Tokyo, Pacific Fleet commander Adm. Scott Swift called on Beijing to explain its military spending, which he said causes anxiety in the region.

“That lack of transparency is most troubling,” he said. “There’s a lot of questions on the minds of countries in the region of what exactly does this mean? People shouldn’t be left guessing as to what exactly the objective of these increases is.”

Swift also called on China to clarify its intentions in the South China Sea.

“The establishment of these military bases, the sense once again is to what purpose?” he said. “We see time and time again this reinforcement of the views that suggest this is a military focus, not an economic focus, not a diplomatic focus, it’s not to ensure the navigation of all ships.”

Swift said the United States and other countries must “wait and see” how the “establishment of such a significant military presence” affects freedom of navigation in the South China Sea.

China’s annual military spending runs a far second behind the United States, according to the London-based International Institute for Strategic Studies, which tabulates the world’s defense outlays.

China’s per capita spending on defense was lower than most other major countries, Zhang Yesui, a 13th Congress spokesperson, told reporters Sunday in Beijing.

Xinhua said that China’s recent reorganization of its military cut in half the number of “land force personnel among the entire” People’s Liberation Army. The number of PLA officers was cut by 30 percent.

In January, the Department of Defense published a summary of the 2018 National Defense Strategy, which singled out China and Russia as revanchist powers that are the “central challenge to U.S. prosperity and security.”

“China is a strategic competitor using predatory economics to intimidate its neighbors while militarizing features in the South China Sea,” the strategy said. “It is increasingly clear that China and Russia want to shape a world consistent with their authoritarian model — gaining veto authority over other nations’ economic, diplomatic, and security decisions.”