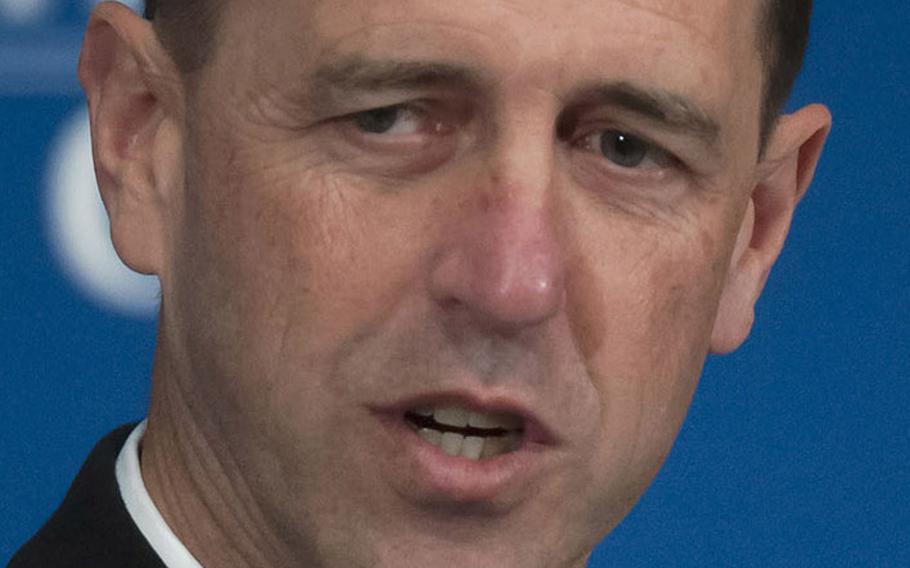 Richardson will spend three days visiting with the People’s Liberation Army Navy in China and meet with his counterpart, Adm. Wu Shengli, according to a Navy news release.

In addition to the South China Sea, the admirals are expected to discuss other less controversial topics, including the recent joint Rim of the Pacific exercises.

Richardson will be in Beijing and Qingdao from July 17 to July 20. This is his first trip to China.

According to the Navy statement, Richardson will visit the Chinese Navy’s submarine academy and tour the aircraft carrier Liaoning.

On Tuesday, an United Nations arbitration court ruled against China’s claims of right to develop a string of man-made islands in the South China Sea. The court also ruled China cannot claim territorial ownership over the 12 nautical miles of water extending from each of those land formations.