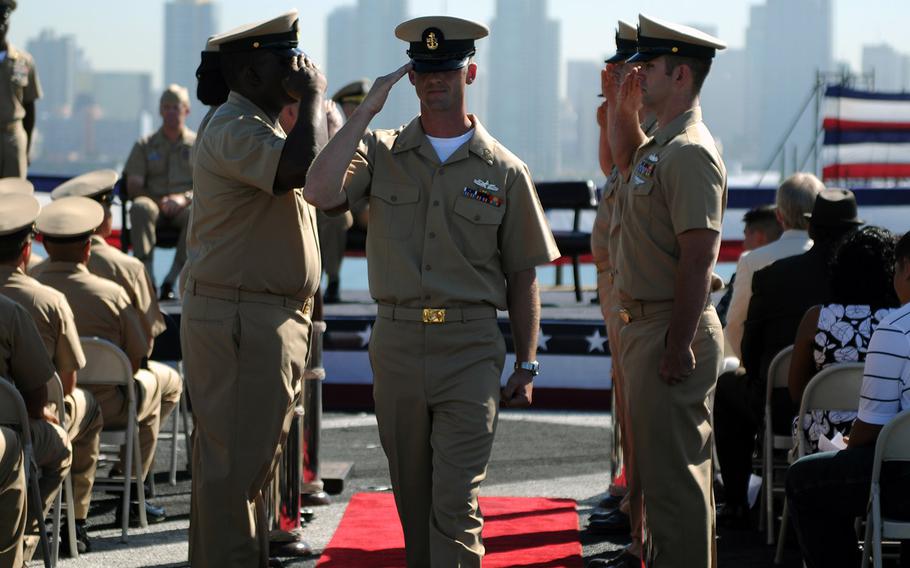 Approximately 3,800 new chief petty officers will be joining the “goat locker” next month.

The Navy released the names of the chief selectees Wednesday.

Twenty-four percent of the eligible candidates were selected for promotion, roughly a 2.59 percentage point drop from last year, though still above the 10-year average of 22.7 percent, said a Navy release.

Those selected will embark on a rigorous leadership training program known as CPO 365 phase 2, aimed at challenging the selectees mentally and physically. The program culminates with a final test on Sept. 15 and a pinning ceremony the following day, at which time the new chiefs will become part of the “Chief’s Mess” — sometimes referred to as the “goat locker.”

A rank established in 1893, chiefs are charged with leading sailors and maintaining good order and discipline in the Navy. According to the CPO creed, the rank carries with it “responsibilities and privileges that do not appear in print,” and have no official standing.

Chiefs are known for being a fountain of wisdom about the Navy; “Ask the Chief,” is a common expression sailors use when faced with a tough challenge.