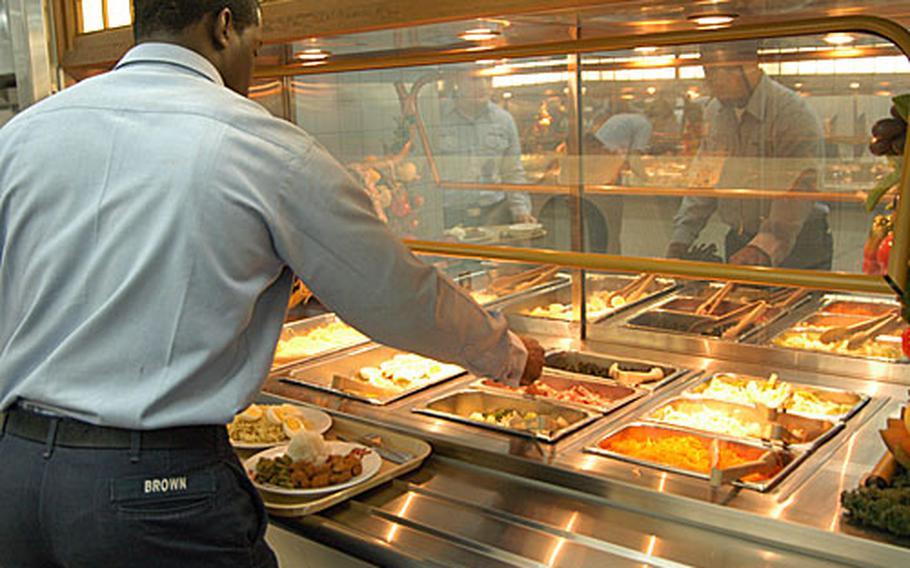 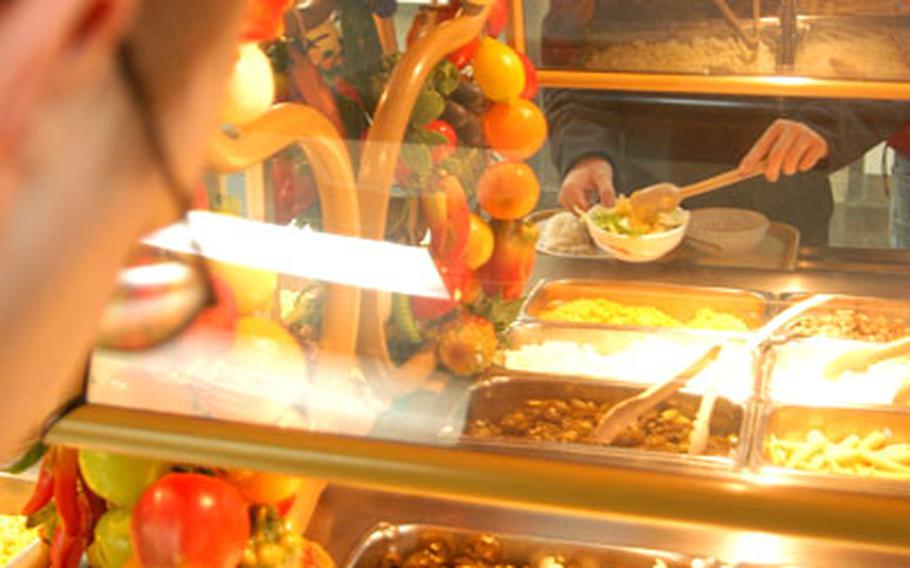 YOKOSUKA NAVAL BASE, Japan &#8212; The Navy has begun rolling out a new core menu officials say will promote healthy eating, save money and slash waste &#8212; but it could leave sailors with fewer food choices.

And some Navy cooks say the new Navy Standard Core Menu, which has more partially prepared dishes, will allow fewer opportunities to be creative.

The program&#8217;s menus, which will repeat every 21 days instead of the current 35, is designed to become the standard across all 343 shore-based Navy galleys and ships in the fleet, according to a Naval Supply Systems Command newsletter.

NSCM is scheduled to be in use aboard 70 ships by the end of this month, Elizabeth M. Haldeman, branch head of Food Service Policy & Operations in Mechanicsburg, Pa., wrote in an e-mail to Stars and Stripes.

Seventh Fleet units are expected to start using the new system &#8212; devised by the Navy and the Natick Soldier Center Combat Feeding Directorate &#8212; in the next several months as vendors are contracted to provide the supplies.

But the new plan also should cut waste, she said, by greatly reducing the amount of food thrown out due to being past the expiration date.

The new system also benefits those cooking and serving the chow, Haldeman said, because many of the meals in the cycle are sent partially prepared.

But some said the benefits might come at a cost.

Cyphers said he hopes the new menu doesn&#8217;t overlook the importance of food looking the way it&#8217;s supposed to.

Although the 7th Fleet hasn&#8217;t officially implemented the new menu, the USS Kitty Hawk already is working to adopt it.

&#8220;We were able to get a copy of the NSCM,&#8221; said Senior Chief Petty Officer Jon Delacruz, a culinary specialist aboard the carrier. &#8220;So we are trying move from our 35-day menu to the 21-day right now. Of course, a lot of that depends on the vendors and the availability of ingredients.&#8221;

Delacruz said he thinks the new plan will greatly benefit how ships manage their inventory.

&#8220;When the prime vendors come online and all the items are available,&#8221; he said, ships will be able to transfer stores between themselves much more easily.

&#8220;Now, if a ship is operating out at sea or decommissions, it might have a hard time transferring its stores because not everyone is using the same items or because of expiration dates.&#8221;

If you&#8217;re headed to the galley, low-fat, baked rather than fried, and salads are the order of the day.

Fish and fowl seem to carry the day &#8212; the new menu is filled with items such as crab cakes, green peppers stuffed with ground turkey and lemon pepper salmon fillets &#8212; a far cry from helpings out of gallon cans of beef stew, served to sailors a generation ago.

The menu also skews healthy for side dishes: there is rice pilaf, tapioca with raisins, Lyonnaise wax beans and lentil vegetable soup, as well as a daily salad bar.

Some truly American indulgences remain: there is meatloaf with mashed potatoes, pizzas, burgers and fries, though there&#8217;s been some grumbling reported about the &#8220;healthy&#8221; baked fries.