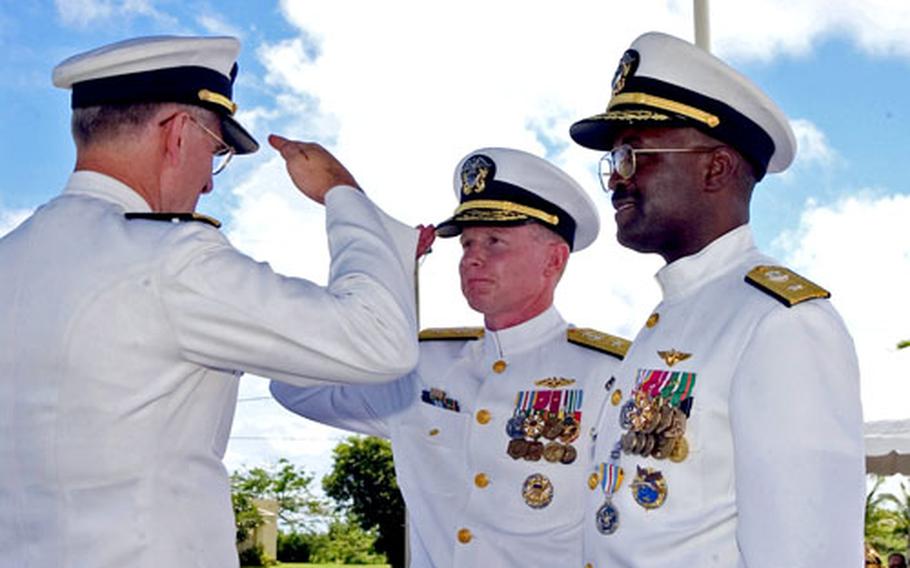 Johnson, who commanded the Naval forces on Guam since December 2003, next will assume command of Patrol and Reconnaissance Force, 5th and 7th fleets in Misawa, Japan.

Leidig comes to Guam from Annapolis, Md., where he was the U.S. Naval Academy commandant.

U.S. Naval Forces Marianas includes the Navy&#8217;s largest and most strategic island base in the Western Pacific and several Pacific Fleet commands including the submarine tender USS Frank Cable.