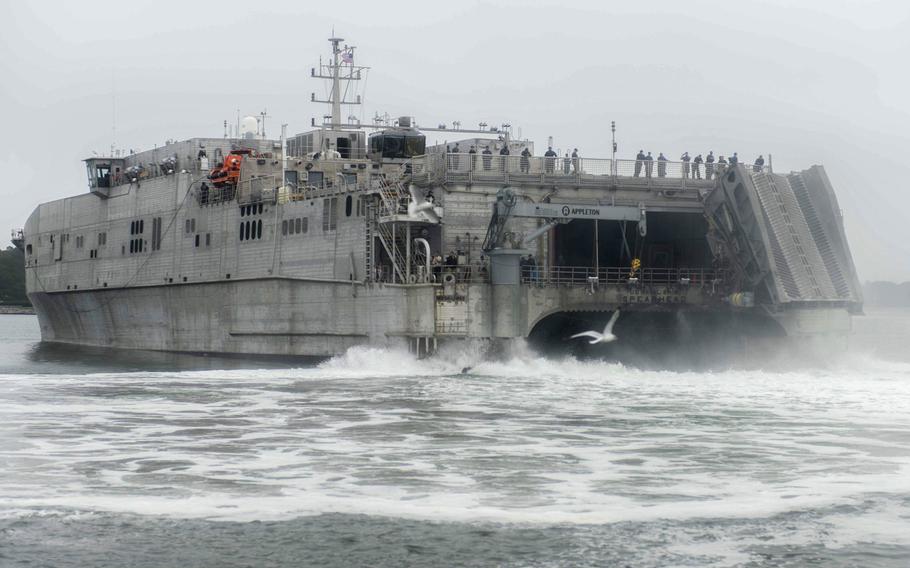 NAPLES, Italy — One of the Navy’s high-speed catamarans has arrived in Spain for a four-month deployment to African waters.

The USNS Spearhead is a first-in-class Expeditionary Fast Transport Vessel, a 2,500-ton aluminum catamaran designed to move people and cargo quickly between foreign shores. The Navy has received four of a planned 10 catamarans to date.

Lightweight, with a small draft and a 20,000-square-foot mission bay, the ships are considered ideal for noncombat roles, such as logistics, evacuations and moving small Marine units onto accessible shores. They’ve been deployed in recent years for exercises or training with countries in Africa and South America.

The current deployment to Africa is the third for the catamaran in the past three years. As with prior deployments, Spearhead will work with African nations in the Gulf of Guinea and participate in an annual Navy exercise known as Obangame Express.

Navy commanders in Naples expect a catamaran to be stationed full time in Europe later this year.

The ship, previously known as the Joint High-Speed Vessel, is crewed by civilian mariners. An embarked military detachment includes sailors and Coast Guardsmen.