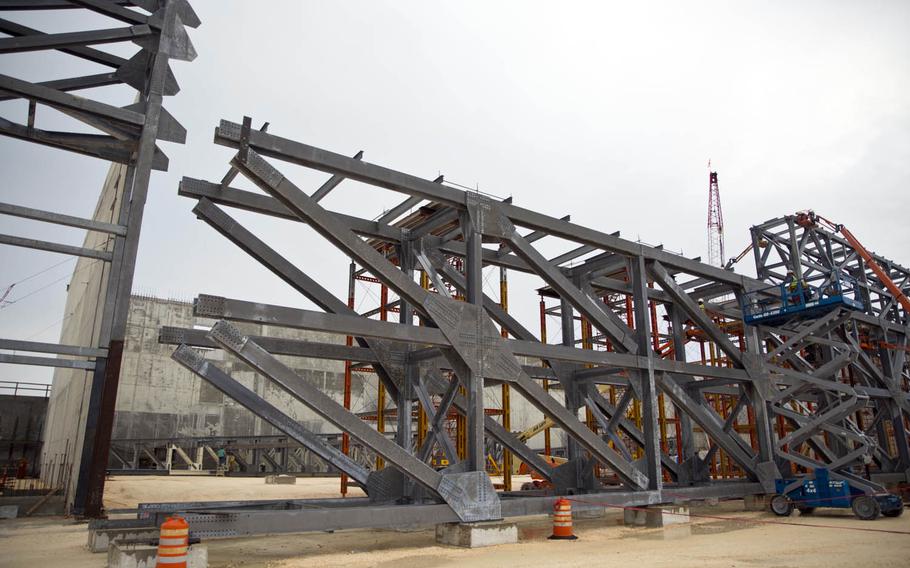 A Guam-based firm has been awarded a $78 million contract to design and build a live-fire training range complex in support of a plan to relocate Marines from Okinawa to Guam, the Navy said Thursday.

Black Construction Corp. of Harmon will build the range at Northwest Field, a little-used airfield from World War II that is part of Andersen Air Force Base in the northern part of the Pacific U.S. territory. Eleven firms had bid on the job.

The project is expected to be completed by November 2020, the Navy said.

“We are committed to Guam, and our forward presence here will play an essential role in strengthening the military’s ability to maintain regional security and protect the nation’s interests in the Pacific,” Col. Brent Bien, officer in charge, Marine Corps Activity Guam, said in the statement.

Plans call for about 4,100 Marines to relocate from Okinawa to Guam between 2022 and 2026. Other construction is already underway in the northern part of the island on and near Andersen.

Training ranges are also planned on Tinian and Pagan islands in the nearby Commonwealth of Northern Mariana Islands, but those proposals have met strong opposition from locals and their future remains in doubt.

The newly awarded contract provides for the design and construction of a complex of four live-fire training ranges and supporting structures, the Navy said.

This project also provides for upgrading and widening Route 3A from Potts Junction to the entry gate of the range complex.

Last week, Granite-Obayashi, a joint venture based in Watsonville, Calif., received a $164.89 million contract from Naval Facilities Engineering Command to design and build “utilities and site improvements” for the future Marine Corps Base Guam on Naval Computer and Telecommunications Site Finegayan, a NAVFAC statement said.

The contract — funded by the Japanese government through international agreements between the allies — calls for the preparation of an approximately 400-acre site within the NCTS boundary for operational, administrative and bachelor housing structures, the statement said. This includes utilities, roads and other infrastructure.