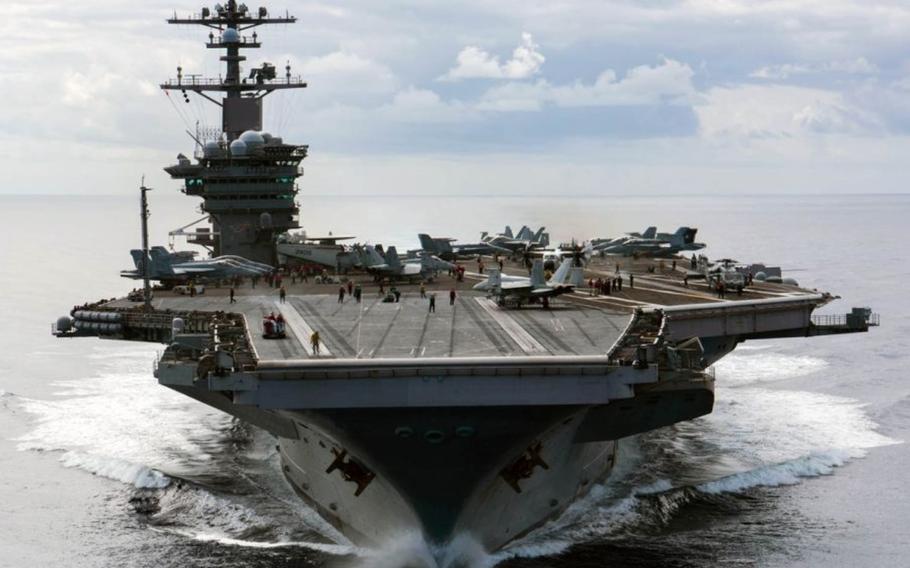 The Navy has awarded a $34.4 million contract to renovate the aircraft carrier USS Carl Vinson, and alter it to accommodate fifth-generation F-35C Lightning II fighters, according to the Defense Department.

The award to General Dynamics will fund work on the carrier’s equipment, hull and systems as it goes into dry dock for scheduled upkeep later this year, an announcement said Friday.

The contract is good for fiscal year 2019, and the work is expected to be complete by July 2020, according to the Defense Department. The work will be done at the Puget Sound Naval Shipyard and Intermediate Maintenance Facility in Bremerton, Wash. Part of the renovations include preparations needed to embark an F-35C Lightening II squadron, according to a statement in January by Puget Sound Naval Shipyard. Once finished, the Carl Vinson will be the first aircraft carrier to have F-35Cs.

The ship will also undergo “periodic maintenance on major components like rudders, shafts and tanks, and will upgrade crew living spaces,” according to the shipyard statement.

The Carl Vinson arrived Jan. 20 at its new homeport of Naval Base Kitsap-Bremerton, according to the Navy. It was previously homeported in San Diego.

In a Navy statement last month, Puget Sound Naval Shipyard commander Capt. Howard Markle said the Bremerton crew is “proud of the service (they have) provided to keep the ship in peak operational condition.”

“I and the entire shipyard team are looking forward to supporting Vinson here at the shipyard in 2019, and we’re committed to continue to provide her our very best support while she’s in our care,” he said.

The Carl Vinson was commissioned in 1982 and is expected to be replaced in the 2030s by a yet-to-be-named Gerald R. Ford-class aircraft carrier. That ship, known for now only as CVN 81, is now being designed, according to the Navy.