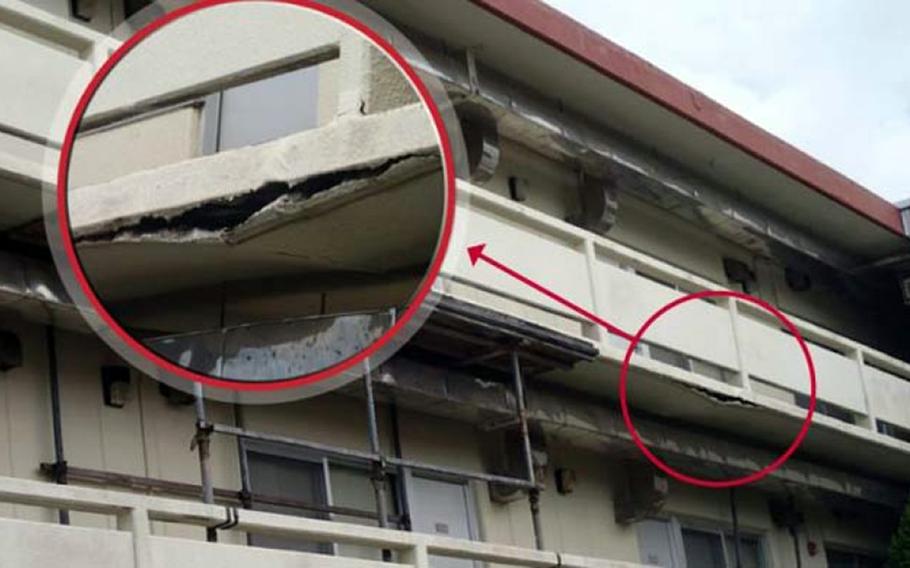 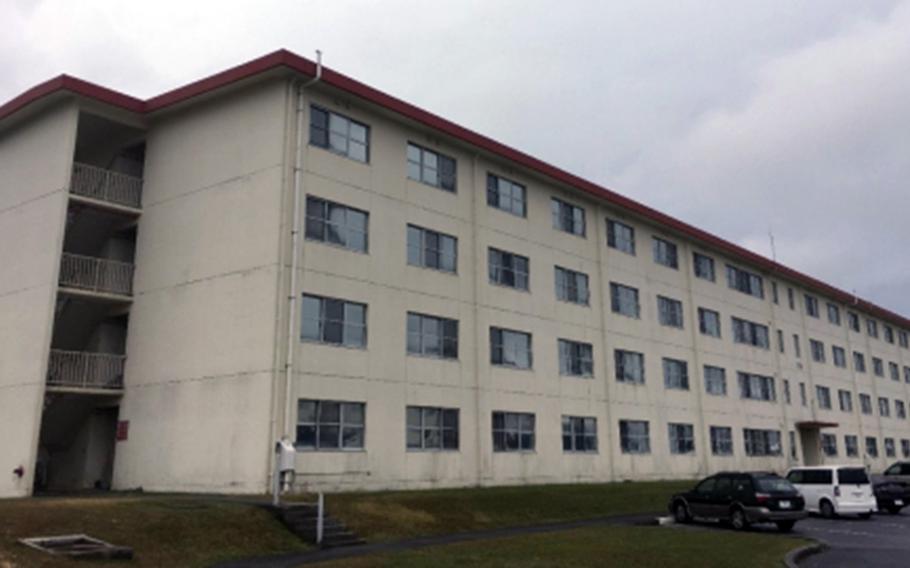 YOKOSUKA NAVAL BASE, Japan — The Navy is spending $14 million to renovate an Okinawa barracks that is below fire and safety codes.

The work will upgrade the 35-year-old, four-story quarters for single, enlisted servicemembers at Marine Corps Air Station Futenma, Naval Facilities Engineering Command said in a statement. The contract was awarded to Nippo Corp.

“This whole building renovation effort will provide our Marines with an updated, comfortable and safe facility,” Lt. Cmdr. Luke Cowley, facilities engineering and acquisition division director at Camp Butler, said in the statement.

The work includes remodeling the building to include an exercise area, kitchenette, entertainment room and study room.

The report said one building had “significant structural damage which presented a danger to building occupants of falling concrete debris and possible structural collapse.”

A photo in the report showed the concrete on the underside of a walkway beginning to separate.

Navy officials could not confirm whether the building being renovated is the one referenced in the IG report.

The Futenma barracks will be brought up to standard by summer 2019, said Navy spokesman James Johnson.