Navy arrives in Brunei for training 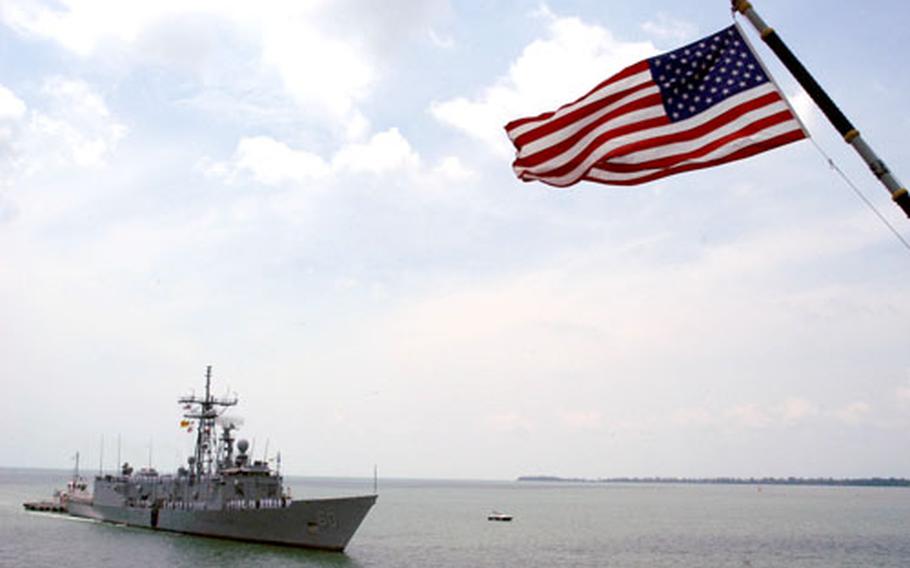 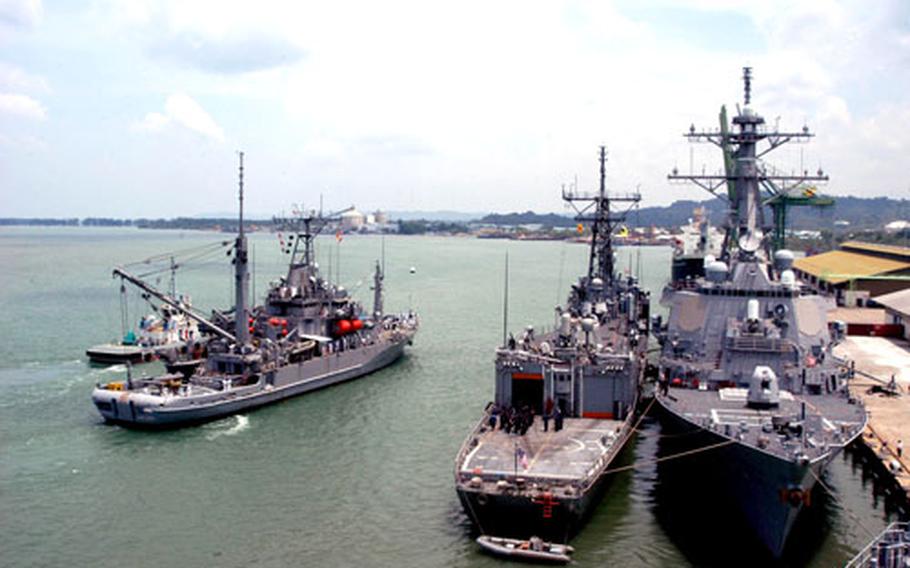 The Sasebo, Japan-based USS Safeguard moves into position to come alongside USS Rodney M. Davis, which is moored outboard of USS Paul Hamilton, at the commercial port in Brunei on Thursday. (Melinda Larson / U.S. Navy)

A flotilla of U.S. Navy ships and personnel arrived in the port of Maura in the small nation of Brunei on the island of Borneo late last week to begin the fifth and penultimate phase of the summer-long exercise Cooperation Afloat Readiness and Training, Navy officials reported.

On Friday, dignitaries and military leaders from both nations gathered on the Sasebo, Japan-based USS Harpers Ferry to launch this phase of the exercise.

&#8220;Having a common set of procedures and good communications is key to combined operations,&#8221; stated U.S. Navy Capt. Buzz Little, commander of Destroyer Squadron 1, who leads the exercise task group, in a written statement. &#8220;Together we can enhance our maritime interdiction capabilities by mutually fine tuning aspects of CARAT to changing world events.&#8221;

Throughout this week, sailors from both countries will participate in exercises on land and sea to streamline their bilateral capabilities and to develop skills including maritime interdiction and &#8220;visit, board, search and seizure&#8221; procedures. The training will help both sides catch criminals or terrorists operating from the sea in the region, according to Navy leaders.

CARAT, held annually since 1995, allows countries in Southeast Asia to develop skills with the U.S. Navy. This year, exercises have been held sequentially in Singapore, Thailand, Malaysia and Indonesia. A final phase is planned for the Philippines.

Various Navy and other Defense Department units from the Pacific region participate in the different phases, and overall about 1,200 U.S. servicemembers will participate, according to the Navy.

During the exercise phase in Brunei, sailors will get practice on an information-sharing system called the Combined Enterprise Regional Information Exchange System, diving and salvage techniques and aerial anti-air warfare gunnery proficiency.

&#8220;Brunei has a small defense force and the nature of our defense are also reliant on the security and political cooperation regionally and also globally,&#8221; Royal Brunei Navy commander Col. Jaharie bin Hj Matussin said in a statement.