A helicopter takes off from a Norwegian naval ship on June 29, 2018, on the north Atlantic near Norway for Dynamic Mongoose. The two-week NATO maritime exercise is aimed at improving allied nations' anti-submarine warfare. (Royal Norwegian Navy)

A helicopter takes off from a Norwegian naval ship on June 29, 2018, on the north Atlantic near Norway for Dynamic Mongoose. The two-week NATO maritime exercise is aimed at improving allied nations' anti-submarine warfare. (Royal Norwegian Navy) 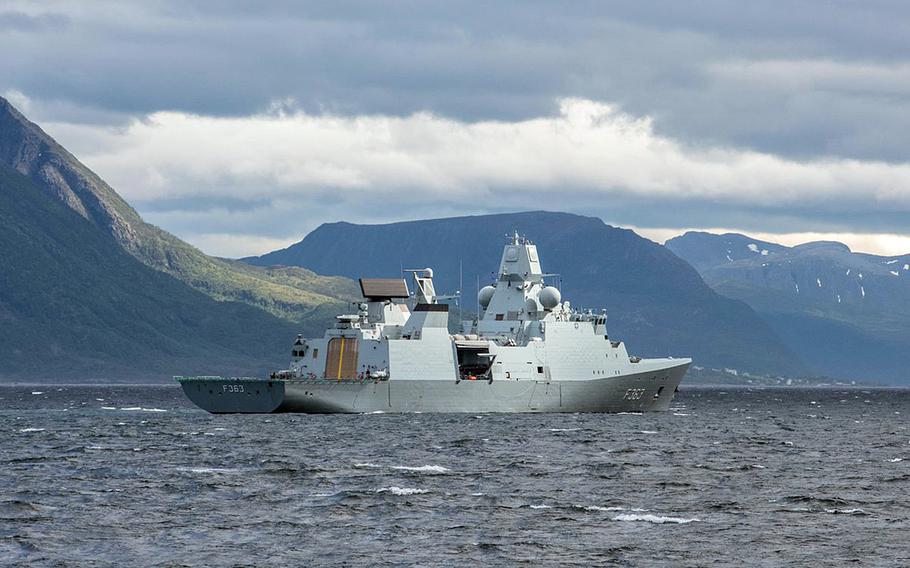 The United States and nine allied countries are working to improve their combined tactics to combat submarines in the North Atlantic, where Russia has increased its undersea activity this year.

The 12-day Dynamic Mongoose is NATO’s latest anti-submarine warfare exercise aimed at strengthening allied teamwork above and below the water.

The drill comes as a resurgent Russia has deployed more submarines in the region than at any time since the Cold War, Adm. James Foggo, commander of U.S. Naval Forces Europe and Africa, said in an interview last month.

The exercise enables allied navies to see their strengths and weaknesses in linking air, surface and undersea defenses, Navy officials said. The larger strategy is to better unify NATO’s anti-submarine forces to deter Russia and other potential adversaries, according to analysts.

“No single nation can combat global threats alone,” said Lt. Fiona McCoy, who’s in charge of the 20-person U.S. team participating in the exercise. “By exercising the coordination, command and control relationships … we can continue to build our combined capability to rapidly respond to any emerging regional threat.”

Exercise like this are important because Russian submarines are growing in capabilities as well as in numbers, said Michael Petersen, director of the Naval War College’s Russia Maritime Studies Institute.

“In a potential conflict, Moscow has been very clear about using its submarine force to strike high-value ships such as aircraft carriers, as well as important land-based sites such as command and control nodes and ports,” Petersen said. “NATO navies have obviously taken notice of this and are practicing to deter and defeat those missions.”

Dynamic Mongoose is similar to the anti-submarine exercise Dynamic Manta, held in the Mediterranean Sea in March.

Besides the United States, participants in the exercise are Canada, Denmark, France, Germany, the Netherlands, Norway, Spain, Turkey and the United Kingdom. The U.S. is providing a P-8 Poseidon surveillance aircraft.

Training is made more challenging by the North Atlantic’s ever-changing weather, high winds and rough seas, McCoy said, which require units to learn from one another and adapt their tactics to the environment.

Anti-submarine warfare is perhaps the most difficult task a navy can conduct, demanding painstaking effort and teamwork, Petersen said. It is growing more difficult as Russia develops technology to make submarines more stealthy, he said.

“Unlike the U.S. Navy, where aircraft carriers rule, nuclear submarines are the capital ships of the Russian navy,” Petersen said. “They are the most capable, the most dangerous platforms in their navy.”