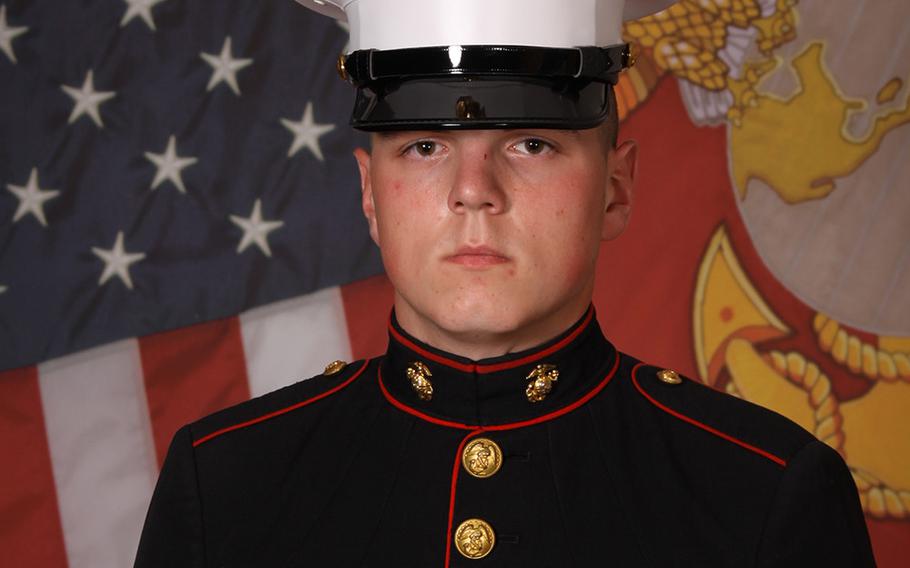 “The 8th Marine Regiment family is saddened by the loss of one of our own in Lance Cpl. William Luce,” said Col. John H. Rochford, commander of 8th Marine Regiment, 2nd Marine Division. “In recognizing the passing of Lance Cpl. Luce, we mourn the loss of this valued member of our ‘Workhorse’ regiment. Our Marines and sailors will never forget his memory. We extend our sincerest sympathies and support to his family during this difficult time.”

Following a call to 911 about 4 a.m. Saturday, Luce was found at a home on the base with multiple stab wounds and was taken to the base medical center, according to an initial statement from the base regarding the incident. First responders also found another man dead from an apparent gunshot wound.

The incident remains under investigation by Naval Criminal Investigative Services. No other information was provided about the men involved in the incident nor whether they knew each other.

The other deceased man was the spouse of a Marine, but base officials did not identify him at the request of his next of kin.

Luce enlisted in the Marine Corps in October 2015, according to the division. He attended recruit training at Marine Corps Recruit Depot, Parris Island, and graduated in January 2016. Upon graduation from the School of Infantry-East in April 2016, he served with Marine Corps Security Force Battalion in Bangor, Wash., before reporting to the 2nd Battalion, 8th Marines.

His personal awards include the Marine Corps Good Conduct Medal, the Global War on Terrorism Service Medal and the National Defense Medal.