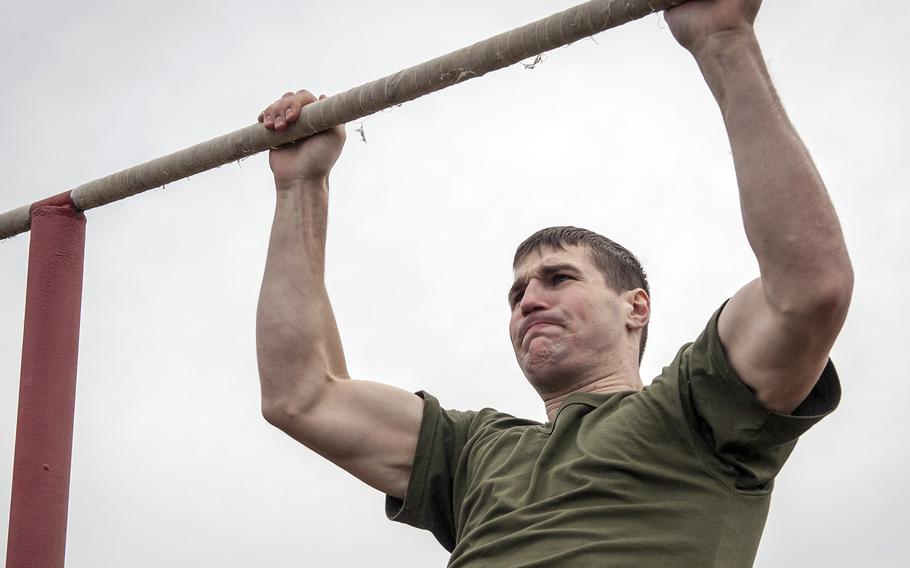 MARINE CORPS AIR STATION IWAKUNI, Japan — The Marine Corps is nixing physical fitness test requirements for the first half of this year due to coronavirus prevention guidelines.

“Our fitness to fight remains a priority, and I expect each of us to continue to maintain our fighting condition,” he wrote in the tweet.

The service has directed Marines to practice social distance — that is, maintain a minimum 6 feet between individuals to the maximum extent possible to prevent the virus’ spread.

The events include a 3-mile run, push-ups or pull-ups, and crunches or a plank pose. If a Marine chooses to perform crunches, a fellow Marine is needed to hold his or her feet during the exercise.

Berger’s tweet said more information regarding the cancellation would be released service wide as a Marine administrative message.

The Combat Fitness Test gauges a Marine’s physical ability to perform a broad spectrum of combat-related tasks, including a lifting a 30-pound ammo can above one’s head a minimum of 67 times in two minutes, a fireman’s carry and a buddy drag.

The Marine Corps has not released any information about postponing or canceling the Combat Fitness Test.