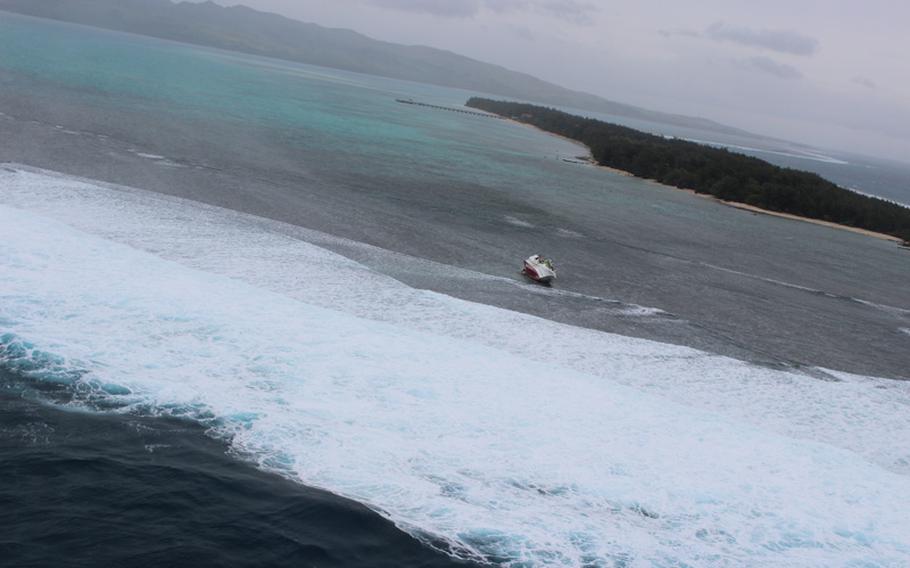 An aerial photograph of the Take Maru 55 fishing boat lying on its side by Cocos Island on Thursday. The crew of six swam to shore after being caught in the waves of a tropical storm and later picked up by the U.S. Coast Guard. (U.S. Coast Guard photo)

HONOLULU — The U.S. Coast Guard on Thursday rescued six crew members of the Japanese fishing boat Take Maru 55, which had run aground on the west side of Cocos Island, located about a mile south of Guam.

The fishermen had abandoned the 49-foot-long boat and swam ashore the day before because of the high winds and waves from Tropical Storm Halong.

Members of Coast Guard Sector Guam brought them to Guam’s mainland, according to a Coast Guard statement. None of the men was injured.

High surf has prevented responders from reaching the boat for a close assessment.

A previous version of this story described Cocos Island as being located in the Indian Ocean. It has been corrected.