The U.S. Coast Guard Icebreaker Healy on a research cruise in the Chukchi Sea of the Arctic Ocean. (Devin Powell/NOAA, AP)

The U.S. Coast Guard Icebreaker Healy on a research cruise in the Chukchi Sea of the Arctic Ocean. (Devin Powell/NOAA, AP) 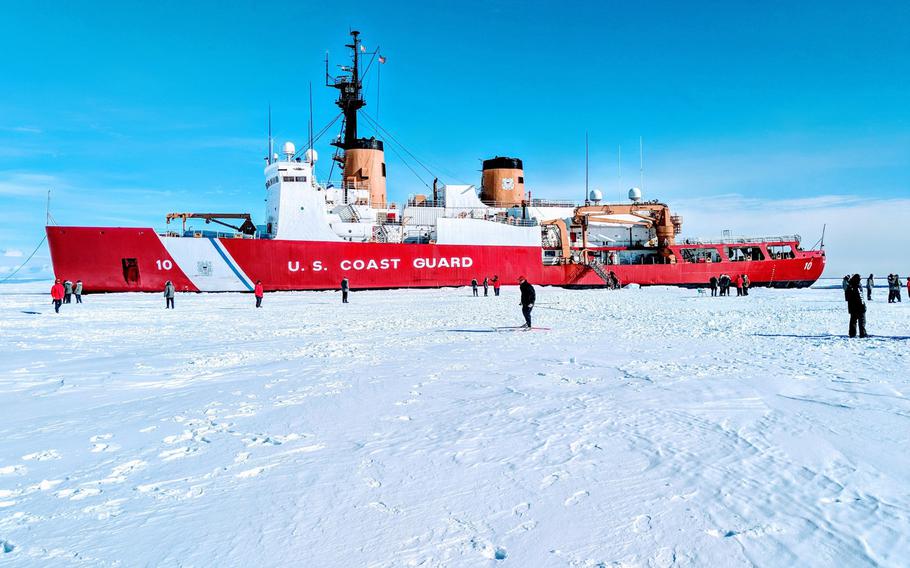 The Navy has awarded a $746 million contract to a Mississippi shipbuilder for a new heavy polar icebreaker, a move that was nearly sunk last year when its funding was diverted to build a southern U.S. border wall.

VT Halter Marine was announced as the contract winner in a Tuesday announcement, after Congress earlier this year restored the funding to build the Coast Guard’s first heavy icebreaker in 40 years.

The company is expected to deliver the new cutter by 2024.

Congressional and Pentagon leaders say boosting the service’s fleet of icebreakers is vital to compete with Russia and China, which are aggressively pursuing inroads into the Arctic as melting ice opens more passageways for military, commercial and research vessels.

“Against the backdrop of great power competition, the Polar Security Cutter is key to our nation’s presence in the polar regions,” Coast Guard Commandant Adm. Karl Schultz said in a statement Tuesday. “This contract award marks an important step towards building the nation’s full complement of six polar icebreakers to meet the unique mission demands that have emerged from increased commerce, tourism, research, and international activities in the Arctic and Antarctic.”

The new cutter will replace the Coast Guard’s Polar Star, its only working heavy icebreaker, which was commissioned in 1976.

VT Halter’s contract includes options to build two more heavy icebreakers, with an estimated cost of $1.94 billion for all three.

The Coast Guard also wants to add three medium polar icebreakers to its current one, the 20-year-old CGC Healy, saying six icebreakers are needed to keep pace with adversaries.

Russia has about 40 icebreakers, 10 of which are nuclear-powered. China has two heavy icebreakers with plans to obtain more.

The Republican-controlled House last year approved diverting $750 million earmarked for icebreakers toward building a U.S.-Mexico border wall. But most Democrats, who took control of the House after the midterm elections, oppose the wall.

The Arctic region is believed to hold an estimated 13% of the world’s untapped oil reserves, 30% of its natural gas and vast mineral resources, according to U.S. Geological Survey estimates.

Meanwhile, Russia and China are strengthening their economic ties in the region, which spans parts of Alaska, Finland, Greenland, Iceland, Canada, Norway, Russia and Sweden.

China has declared itself a “near Arctic state” and aims to build a “polar Silk Road” as a direct trade route to Europe.

Russia, which has 15,000 miles of coastline along Arctic waters, has built three new military bases in the Arctic region, with plans for more.

The U.S. must defend its Arctic interests and not let nations like Russia act as though the ocean belongs to them, said Adm. James Foggo, commander of Naval Forces Europe and Africa, at a security conference earlier this month.

“It’s nobody’s lake,” Foggo said of the world’s fifth-largest ocean. “The United States is an Arctic nation and has enduring security interest in the Arctic region.”